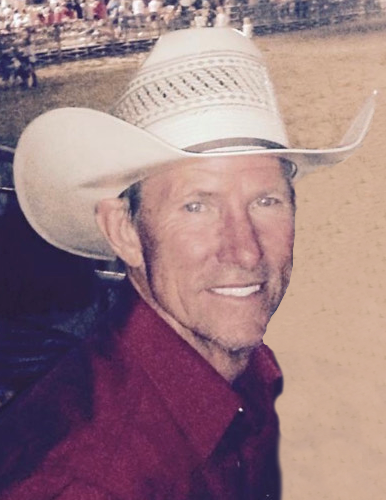 The Man, the Myth, the Legend Calvin Scott Adams, at the age of 65 returned home to his Heavenly Father on September 16, 2021, surrounded by his family. He was born on December 20, 1955, to Otis Junior Adams and Faye Morgan Adams in Ogden, Utah. He spent his childhood in Layton and graduated from Layton High School in 1974. He was the fourth of fifteen children. As a child he took many trips fishing, hunting, trapping, and he loved being a cowboy. When asked, “How long have you been a cowboy?” He would reply, “All my life.” His family loved to travel all over the country. During his youth he spent many years learning the art of stuccoing and plastering from his dad which he mastered, and he was an extremely hard worker. He faithfully served his mission for the Church of Jesus Christ of Latter-Day Saints in Palmyra, New York. It was a pivotal moment in his life which he drew upon often. If you knew Scott, you always heard a story about his mission. He loved serving his Heavenly Father. The amazing attribute of Scott is that he held the gospel close to his heart and had a strong testimony and throughout his life he served in many church callings from the Elder’s Quorum Presidency to the Nursery. Every person he met was his friend, he loved everyone he met and found the good in every person. He loved animals whether it was a horse, racoon, or turkey.

He met Lori Michelle Poplar, the love of his life a year after his mission. It was truly love at first site when they met on a blind date riding horses together. From that day on they were inseparable. They were engaged three weeks later and married four months later in the Salt Lake City Temple on August 31, 1978, and just celebrated their 43rd wedding anniversary. Together they had seven incredible children, four cowboys and three cowgirls and they always wanted to be his favorite. They were the light of his life and everything good they know they learned from their dad. He was the best dad and took his children everywhere he went. They learned how to ride bulls, horses, and ponies from their dad. They started their life out in Layton, raised their kids in Syracuse, and moved to Fielding three years ago. Scott was self-employed for many years and worked at Hill Air Force Base as a Heavy Equipment Operator for 18 years. His kids always worked with him as he shared all his talents with them. He could build a house from the ground up. He taught them to help others everywhere they went. As life went, they spent many hours at rodeos. He would help every child and share secrets of how to be successful. He always welcomed everyone into their home. Many of their nieces and nephews lived with them through the years, he was their favorite Uncle and second Dad. He was a great example to everyone.

If you knew Scott, he always had a smile on his face. His greatest joy in life was spending time with his sweetheart, kids, grandkids, and extended family teaching them all he knew about life, even during his last year while he suffered with Lewi Body Dementia. He found great joy in being surrounded by his family. His wife would like to express gratefulness to her family and friends who have surrounded Scott helping take care of his daily needs.

Viewing will be held Friday, September 24, 2021, from 6:00-8:00 p.m. Funeral Services will be held Saturday, September 25, 2021, at 11:00 a.m. There will be a viewing preceding the funeral from 9:30-10:30 a.m. The service will be livestreamed and may be found at www.ruddfuneralhome.com under his obituary, as well as online condolences. He was an amazing man we will never forget and he will truly be missed by everyone!

For any type of flower arrangement orders, please contact Rudd Funeral Home at 435-257-5050.