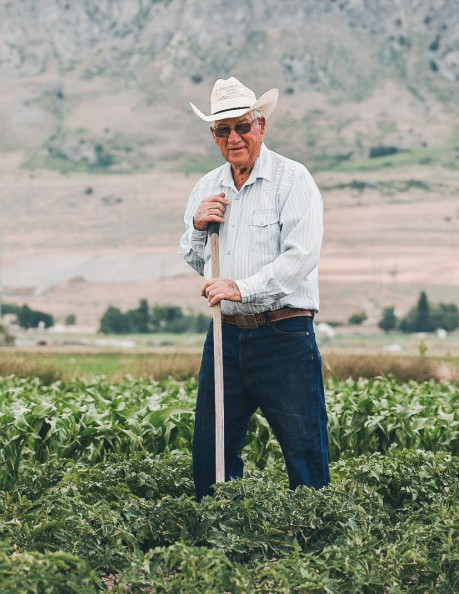 Clinton W. Burt passed away on Friday April 15, 2022 at his home in Bear River City. Clinton was born on September 12, 1928 to Reginald Nelson Burt and Mary Amelia Wight, in Brigham City. He was a farmer and cattleman his whole life.

He married Vita Rasmussen in the Logan Temple of The Church of Jesus Christ of Latter-day Saints on June 21, 1948. Together they had six children: Jack (Cindy); the late-Kelly (Sheila); Christine (Dwight) Bingham; the late Michael (Michelle); James (deceased); and Douglas (Amy) He has 20 grandchildren and 35 great-grandchildren. Vita passed away on May 17, 2011.

Clinton was always an active member of the LDS Church. He served in many positions including scoutmaster and a baseball coach. He was an avid baseball enthusiast and played on many different teams. He coached Little League teams for 12 years. Clinton also helped with the Box Elder County Fair Livestock Auction and was a strong supporter of the fair.

He enjoyed raising a large garden for his family, neighbors and friends, and working with the cattle all of his life. He loved the animals and respected the earth. He made so many people happy.

He was preceded in death by his wife, Vita and his children, Kelly, Michael, and James.

A special thanks to IHC Home Health Nurses, especially Chelsey, who was with him for almost five years, The Aegis Hospice Nurses, and all of the many doctors that helped him along the way. A special thanks to Kimberly Allen, nurse practitioner, who cared for him so much.