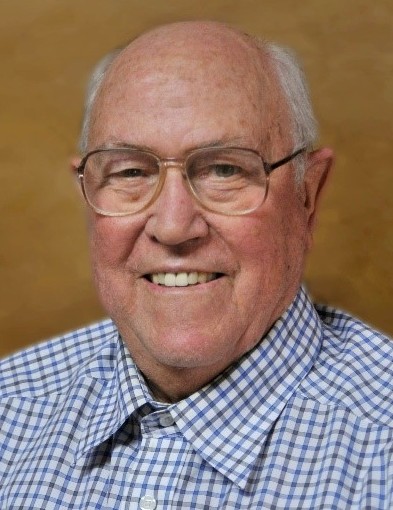 Rulon Cash Duncan passed away peacefully on 3 April 2022. He was 101 years old; three months shy of his 102nd birthday.

Rulon married Eunice Ione Egbert on 12 July 1942 at Meadow Lark Lake in the Big Horn Mountains. Their marriage was later solemnized in the Mesa, Arizona Temple on 5 May 1950. Rulon's brother Carroll Scott Duncan married Rose in Worland on the same day and together the two newlyweds traveled to California where the brothers had jobs working at Lockheed Aircraft in Burbank, California.

Later, Rulon and Ione moved to San Francisco where Rulon enlisted in the Navy on 23 May 1944. He was immediately released from active duty and placed on inactive duty in order to work for Pan American Airways and the American Export Airlines while these two companies were under contract with the Navy. While thus employed, he taught blueprints to the sailors and he worked with avionics on the Lockheed P-38 Lightning and the Consolidated PBY Catalina aircraft.

In 1960, Rulon got a job at Thiokol Corporation, an aerospace company in Box Elder County, Utah. They bought a small farm in Bear River City where they raised seven children. "All girls but five," is how Rulon, in good humor, described his family. After Rulon was laid off from Thiokol, he became a Farmers Insurance Agent and served his clients faithfully for 30 years.

Rulon enjoyed golfing with his sons in the summer and snowmobiling with Ione and friends in the winter. For 20 consecutive years they traveled to West Yellowstone to go snowmobiling. He made sure Ione had a fast, light-weight machine so she could keep up with the big boys!

Rulon was an active member of the Church of Jesus Christ of Latter-Day Saints. He held callings in Bishoprics, a High Priest Group Leader, a teacher in the Sunday School and Aaronic Priesthood Quorums. Rulon and Ione were Temple Ordinance workers in the Logan, Utah Temple. At one point, all of his sons had priesthood callings, either as High Priest Group Leader, a bishop or in the bishopric.

For many years Rulon was very involved in the scouting program and received the Silver Beaver Award. During those Scouting years, he was a good influence on the Scouts. Many of those Scouts who still live in the Bear River Valley, to this day, speak with fondness of him.

Rulon was preceded in death by his wife, Ione, his parents, brothers and sister. Eunice Ione Egbert Duncan passed away in her sleep on 13 October 1999.

In 2020, a 'drive-by' 100th birthday celebration in Bear River City was held for Rulon where friends and family could wave to him and wish him happy birthday as they drove by.