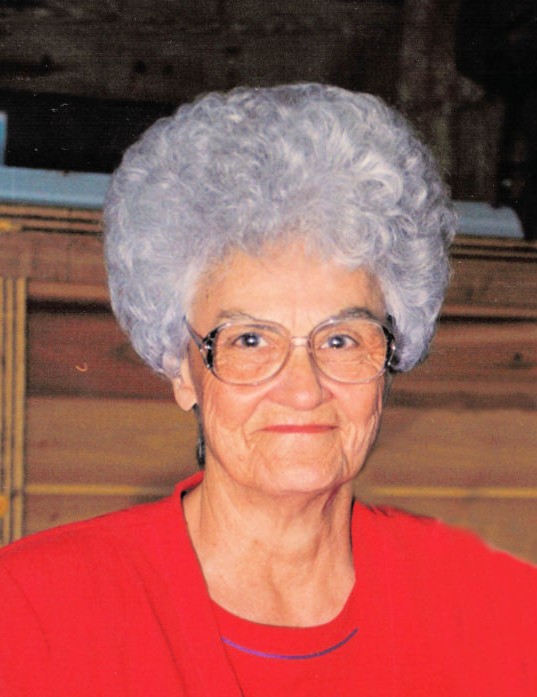 Our spunky Mother, Grandmother, and Great Grandmother, Aileen Williams, passed away peacefully on October 31, 2018. She was 88 years old.

Aileen was born on December 27, 1929 in Plymouth, Utah to Jesse & Mary Irene Hess Archibald. She was the youngest of three. Aileen lived right across the street from her Aunt Rhodie. She had a wonderful relationship with her and spent a lot of time there. At the age of 12, while spending the night with Aunt Rhodie, Rhodie’s life was tragically cut short.  Leaving Aileen shaken and struggling with different things throughout her life. Through lots of love and priesthood blessings, Aileen was able to push through.

Aileen & Dee did a lot of things together. In their younger years, they loved to dance and could be found at a dance hall almost every weekend. Over the years, they took many trips to Yellowstone and Could often be found following their kids and grandkids to their ballgames. One of Dee’s hobbies was racing horses. Aileen followed him to many races, where she was known for making sandwiches and her famous pickled eggs for the jockeys and anybody else that was interested. You always knew where they were parked, because she had a BIG crowd surrounding the trunk of the car for their chance at a pickled egg.

Aileen worked at a few different places throughout her life, but her main occupation was a homemaker. She cooked lots of yummy things that are still some of her kids and grandkids favorites.

Aileen’s most favorite thing to do was snuggle little babies up under her chin and rock them. Her biggest pride and joy was her 32 grandkids, 92 great grandkids, and 11 great-great grandkids.

Aileen had a big laugh that could light up a room and it would make everybody else laugh. We know as Aileen crossed through the veil she was met by so many friends and loved ones and that loud laugh of hers is setting heaven on its ear.

Aileen is survived by six of her children and her brother Clain “Jess- Bud” (Carma) Archibald.

She was preceded in death by her husband, Dee; son, Greg; granddaughter, ManDee; her parents; sister, NaDean Weidman; niece, Cindy Celaya; and her beloved aunt Rhodie.