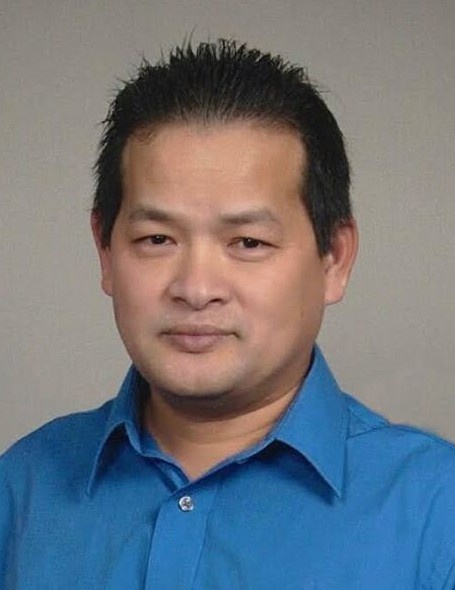 Andy Siek Wong passed away on November 6, 2021 at the age of 59, in the city of Fort Walton Beach, Florida. He was born to Heng Leang & Pou Heng in Phnom Penh, Cambodia on May 9, 1962. His battle with serious medical issues this year showed his courage in facing life challenges with a smile. Despite the pain, Andy came out a hero and stayed strong until the end for his family.
During the war in Cambodia, Andy fled to a refugee camp in Vietnam where he remained for 4 years. After those 4 years in the refugee camp, he returned to Cambodia where he began to plan his immigration to America. Andy met the love of his life Sandy in Long Beach, California. Here, the two of them had 3 beautiful daughters; Monica, Molisa, and Rumony. They later moved to Garland, Utah where they were blessed with their 4th beautiful son, Anthony.
Andy enjoyed fishing, stocks, and constructing. When he was not at work, he would be doing one of those 3 things. Andy hated being bored and would always find a way to occupy his free time. In 2018, he was blessed by the birth of his first grand daughter Maylee. The level of happiness he experienced with the birth of Maylee overshadowed anything else he liked. The two of them had an unbreakable connection from the beginning of her birth. Andy would never find himself bored as long as Maylee was around.
Andy is preceded in death by his father, Pou Heng, and 4 siblings. Andy is survived by his 4 children, Monica, Molisa, Rumony, and Anthony. His 3 son-in-laws, Quang, Jordan, and Levi. As well as his grandchildren Maylee and Leon. Andy fought his battles with courage and was surrounded by all his loved ones when he passed.
All services will be held at Rogers and Taylor Funeral Home (111 North 100 East Tremonton).  A viewing will be held Friday November 19th 2021 from 4-6pm. The services will be held Saturday, November 20th, 2021 at 12:00 pm. The services will be livestreamed and may be found at www.ruddfuneralhome.com under his obituary as well as online condolences. Cremation services will follow and will be held at the Cremation Center of Cache Valley (Cache Valley Mortuary 80 West 4200 North Hyde Park, UT 84318).