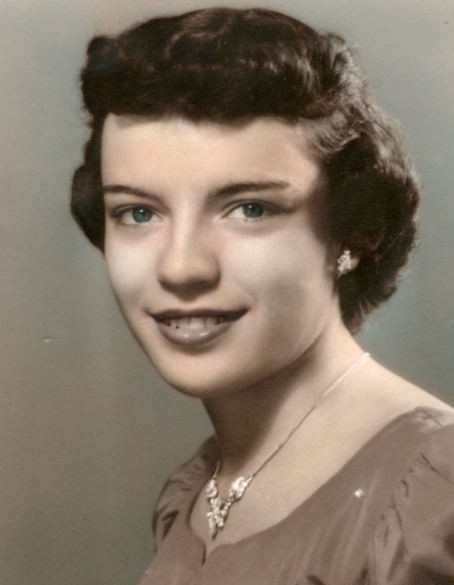 Anna Lee Hill Hess, 81, of Tremonton, UT, our beloved wife and mother, passed away at home on Friday, July 21, 2017 after a 5 year battle with a  motor neuron disease.  Her devoted husband took exceptional care of his sweetheart and best friend- especially during her declining years.

Anna Lee married her high school sweetheart, Cleon Nish Hess, of Plymouth, UT on March 26, 1954 in the Logan LDS temple.  They lived in Plymouth and Garland before settling in Tremonton.  She attended schools in Tremonton and graduated from Bear River High School.

She was raised on the family farm where she helped her dad with the farm work such as milking cows, thinning sugar beets, driving tractors and other farm work.

After raising her children, Anna Lee worked part time at Gepharts where she enjoyed working with the public and met many new friends.  She enjoyed working in her garden, sewing, crocheting, cooking, and quilting.  She made many quilts for her children, grandchildren and great grandchildren.  She was very talented with her hands.  She loved camping, fishing and enjoyed the outdoors with her family.  She supported her children and grandchildren in all activities they were involved in and loved watching all sports.   She enjoyed watching sports on TV with Cleon.  For 20 years, they enjoyed spending the winters in Quartzsite, Arizona with their friends from all over the country.  She enjoyed playing pinochle with her long time club friends.

Anna Lee is a lifetime member of the Church of Jesus Christ of Latter-day Saints and has served in many positions including Ward Young Women’s President, Relief Society counselor, Cub Scout leader and other church callings.

She is preceded in death by her parents, sister Jolene and brother Eugene.

Special thanks to Integrity Hospice and Bear River Valley Care Center and all those who visited and showed love and concern for her.

Interment will be at the Riverview Cemetery in Tremonton.