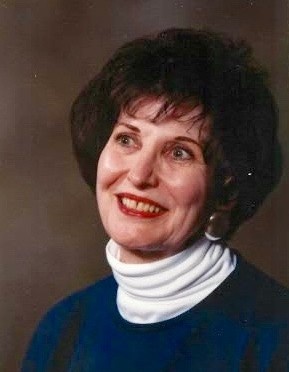 Our dear mother, grandmother and great grandmother, Arlene Dance Felsted, passed away peacefully on October 8, 2018 in Ogden, Utah. She was ninety-one years old.

Arlene was born May 7, 1927 in a small farming community near Blackfoot, Idaho. She learned to work hard at a young age by thinning sugar beets, digging potatoes and weeding gardens with her six brothers and sisters. Arlene’s parents are Leroy and Lillie (Noack) Dance.  Of them she wrote, “My parents were ambitious and loving to a fault. They sacrificed worldly goods and pleasures to give us the education and opportunities denied them.” Arlene and all six of her siblings are college graduates.

She was raised in the Church of Jesus Christ of Latter-day Saints. Her father served as bishop of their ward for 18 consecutive years. Her mother served as ward Relief Society President during some of those years. Wherever Arlene lived, she mostly served in the Primary and with the Young Women.

Arlene was a good student, valedictorian of her eighth-grade class and salutatorian of her high school graduating class in 1945. There were only 24 students in her class, as many of the boys were fighting in the Second World War. One brother was on a mission in Europe in 1939 when the war broke out. Another brother was wounded at the Battle of the Bulge. She graduated from Utah State University in 1949 with a degree in Food and Nutrition, and was awarded a one-year post graduate internship in dietetics at Mills College in Oakland, California. She said that Mills College was a new world for her. There she was around wealthy girls, some of whom were invited to Elizabeth Taylor’s first wedding.

Arlene married James (Jim) Felsted in 1950. They were later sealed in the Logan Temple. Jim had also graduated from Utah State University and received a commission as an Army Second Lieutenant. They went to Panama where Jim guarded the canal during the Korean War. After Panama, they lived in Tremonton, Utah. They moved to Ogden, Utah in 1963 and lived there for the remainder of their lives.

Arlene worked for 35 years as a registered dietitian at Saint Benedicts Hospital, now Ogden Regional Medical Center. She was a great cook and hostess, and loved and nurtured family, friends and neighbors with delicious meals and treats.

She was preceded in death by her husband, four of her six siblings and three grandchildren who died at birth; Chase, Cole and Dana Davis. She is survived by three children, Stephen Felsted (Pat), Wallace Felsted (Debbie) and Nancy Davis, 16 grandchildren and 31 great grandchildren.

The family wants to thank neighbors Jack and Barbara Brown, and their daughter Annette, for ministering to our mother for so many years after our dad died. Also thanks to Paula Rentmeister who cared for Mom almost daily in her home and at the care center. Mother had a small circle of dear friends who also cared for and loved her throughout her life, for whom we are most grateful. We also thank the caring and kind staff at the Mount Ogden Health and Rehabilitation Center.

The viewing will be Monday, October 15 from 6-8 p.m. at the Mount Ogden Ward, 1314 27th Street, Ogden, Utah. Visitation will be Tuesday, October 16 from 9 – 10:30 a.m. at the Ward. Funeral services will follow at 11 a.m. Interment will be at the Fielding, Utah Cemetery, near Tremonton. In lieu of flowers, please consider donations to The Temple Patron Assistance Fund.