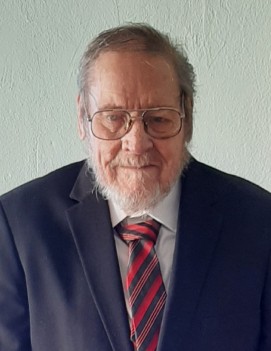 Arlo married Mary Brown July 15, 1963 and they had four boys. They were later divorced.

Arlo worked as a roofer, truck driver, and an equipment operator. After twenty-five years of service, he retired from IMS Mill Service.

Arlo was a member of The Church of Jesus Christ of Latter-day Saints.

Services will be livestreamed and may be found at www.ruddfuneralhome.com under his obituary.

In lieu of flowers, please donate to the Cache Valley Humane Society at the link below.