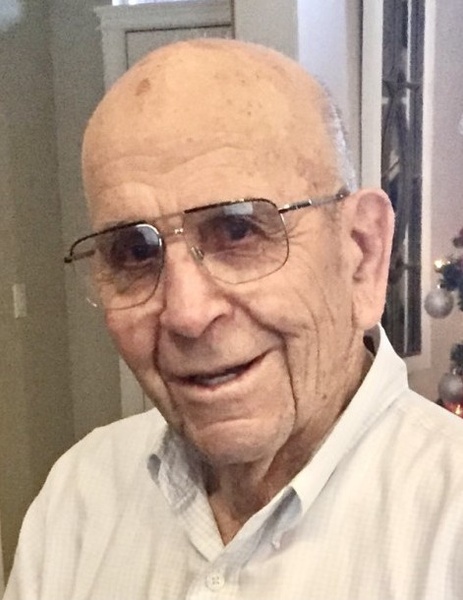 BRIGHAM CITY – Our loving husband, father, grandfather, brother, and friend, Arthur Jesse Bott, 98,  passed away peacefully on Tuesday, July 27, 2021, at his home. He was born on February 28, 1923, in Brigham City, Utah, a son of Moroni R and Francis Priscilla Greenhalgh Bott.

Arthur married his eternal companion, Shirley Jeanne Nelson, on January 31, 1947, in the Logan, Utah temple of The Church of Jesus Christ of Latter-day Saints.  They recently celebrated their 74th wedding anniversary in the home that Arthur built 71 years ago.  Two of their five children, Kenneth and Jeannette, died in infancy and their oldest son, David Arthur passed away five years ago.

Arthur graduated from Box Elder High School in 1940 and worked on his father’s farm until he got “greetings” from his “friends and neighbors” inviting him to become a part of the war effort.  He served in the US Navy from 1943 to 1946.  The majority of his Navy time was as Machinist Mate on the ship PC 495 in the Atlantic Theater.  Upon his return from the war, he was called to serve a mission for The Church of Jesus Christ of Latter-day Saints in the Eastern States.

Arthur worked for the United States Postal Service delivering mail in Brigham City for over 30 years retiring in 1979.  He loved to farm and work with wood.  He owned and operated a farm in Bear River for many years and spent countless hours working in his shop with his son David.  He made cedar chests, rocking chairs, lamps, pens and pencils and tons of toys that will be family heirlooms for his family, friends and neighbors.  He was always ready and willing to serve those around him, using his time, talents, and equipment to help in any way he could.