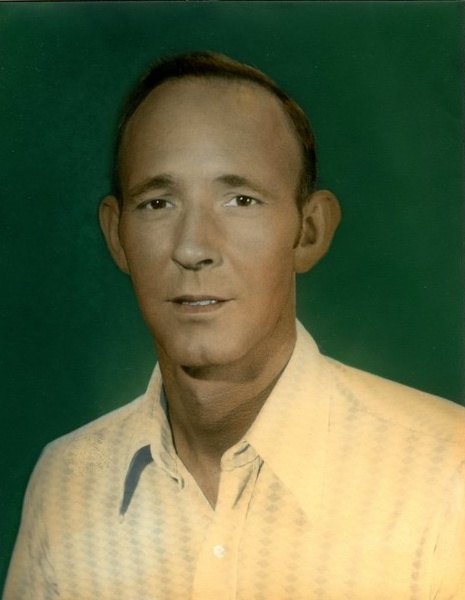 His parents, Jose B. Mallea and Josephine Marie Shurts, gave him the name Louis Leon Mallea on the day of his birth, 18 July 1939. Lou was the third child to arrive on the family homestead (Sheep Ranch) a few miles outside the city of Shoshone, Idaho.

He attended elementary, secondary, and high school in Shoshone, growing up in the creeks, lava beds, mountains, and wide open spaces of the Magic Valley.

As a civilian, Lou became a ditch digger, a shared owner of an excavation company, a gold miner, and the building inspector for the city of Hailey, Idaho, until retirement in 2002 when he moved to Tremonton, Utah.

Lou spent retirement trying to perfect his golf swing and started a golf ball collection of epic proportions. When not golfing, Lou had time for hunting, fishing, and was active with the VFW.

Lou arrived at the gates of heaven on the 4th of March 2020. He was greeted by his parents, his sisters Jody, Carol, and Nicki; his brother Joe; and his daughters Tina and Mary.

Lou was overjoyed to see his wife Loretta as they begin a journey of time and all eternity.

A graveside service will be held March 21, 2020 at 12:00 p.m.at Garland, Utah Cemetery. A private family viewing will be held, please bring your favorite photo.