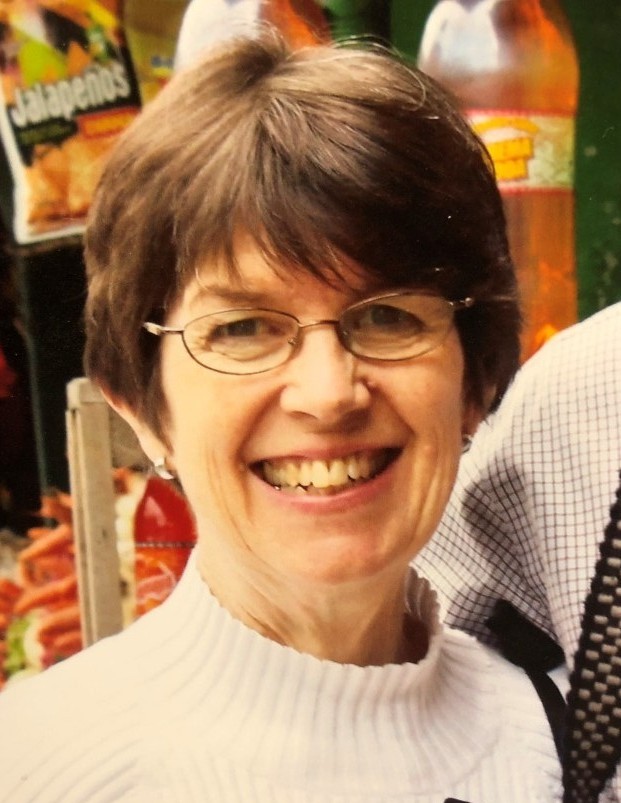 Our loving wife, mother, grandmother and friend peacefully passed away March 27, 2018 after a courageous battle with Leukemia in Tremonton, Utah.  She was surrounded by her family at home at her passing.

She was born April 21st, 1945 in Astoria, Oregon to Ira and Ruth Branch who proceeded her in death.  She enjoyed an active childhood with her two brothers and two sisters in Tigard, Oregon.  She was involved in school with school government, playing in the band, speech and student council in addition to other school activities.  She was the Junior Prom Queen at her High School.

She attended school at Oregon State University and graduated with a Bachelors of Science in Home Economics in 1968.

During her time at Oregon State University, she joined The Church of Jesus Christ of Latter Day Saints and then served a mission in the Denmark Mission.  After returning from her mission to Oregon, she moved to Provo, Utah and met her future husband, Norman Murray.  They were married in the LDS Provo Utah Temple in 1973.  They lived in Provo, Utah and Oahu, Hawaii while Norman finished his graduate degree.  They moved to Bountiful, Utah during the formative years of their children.

She raised seven unique, active children whose exploits qualified her for sainthood many times over.

In 2003, they relocated to Tremonton.  Barbara and Norman Murray served a mission in the Guatemala City, Guatemala Mission in 2011-2013.  After her return to the US, she was diagnosed with Chronic Lymphocytic Leukemia in 2014.  She responded to initial treatment until the Leukemia returned as post-treatment AML in 2017.

Barbara loved her family.  She is proceeded in her death by her parents Ira and Ruth Branch.  She is survived by her siblings Susan, Dale, Shirley and Tom.    She is survived by her husband, Norman Murray and their seven children Travis (Andrea), Lisa, Weston (Ashley), Jenny (Joey), James (Haley), Megan (Jacob) and Michael (Mariah).  She adores her 23 grandchildren, one who proceeds her in death.

Barbara was a welcoming friend to all.  She loved to garden.  She cherished her knowledge and testimony of the Gospel of the Jesus Christ.  One of her last words was that she was looking forward to seeing her parents.

Funeral Services will be Monday, April 2nd in Tremonton Utah at the Tremonton 2nd Ward building at 11 AM.  There will be a closed-casket reception at 9:30 AM proceeding the funeral at 251 South Tremont Street, Tremonton, Utah 84337.   Interment will be at Tremonton City Cemetery to follow.