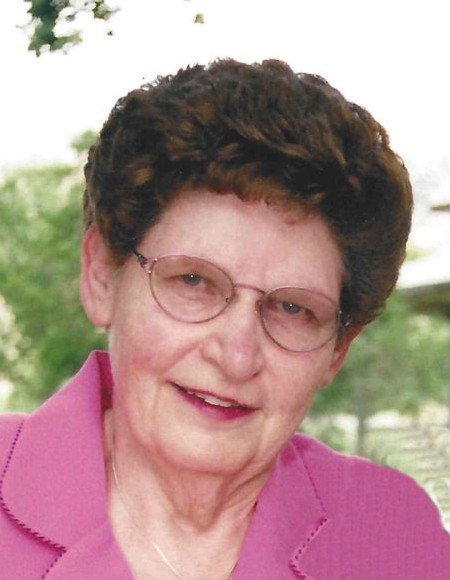 Barbara Jean Tucker Rindlisbacher, 83, passed away peacefully on Friday, April 7, 2017, at her home in Deweyville, Utah.

Barbara was born on November 7, 1933, the youngest child of Shirley Starkey and Ivie May Loveland Tucker, in Ogden, Utah.  She grew up in Slaterville, Utah.  She graduated from Weber High School in 1952.  She attended Weber College and graduated from Utah State University in 1956.

Barbara married Jack Rindlisbacher on September 7, 1955, in the Salt Lake Temple.  They were married 61 years and were blessed with three daughters.  They lived in Logan, Ogden, Garland and finally settled in Deweyville, Utah.  Barbara taught school at McKinley, Garland and Bear River City Elementary schools.  She enjoyed sports in her younger years, and traveling with her husband following their retirement.

She was active in the LDS church and served in many capacities, including Relief Society President and Young Women President.  She also served a mission with her husband to the Bishops’ Storehouse in Brigham City.  She enjoyed community service and held leadership positions in the Garland Civic and Home Arts Club.  Barbara and Jack also served as the Deweyville Town Greeters for many years.  Hers was a life of serving others.  She loved helping anyone she could.  After a fall, Jack passed away on November 22, 2016.  Just before Jack’s passing, Barbara experienced her first stroke, with her final stroke occurring on April 3.

The family expresses appreciation to Maple Springs Assisted Living, George E. Wahlen Veterans Home, The Mission at Bear River and Hospice of Northern Utah for their loving care; and deep gratitude to Tiffany Chanthapannha, Barbara’s granddaughter, for the tender care rendered in her final hours.