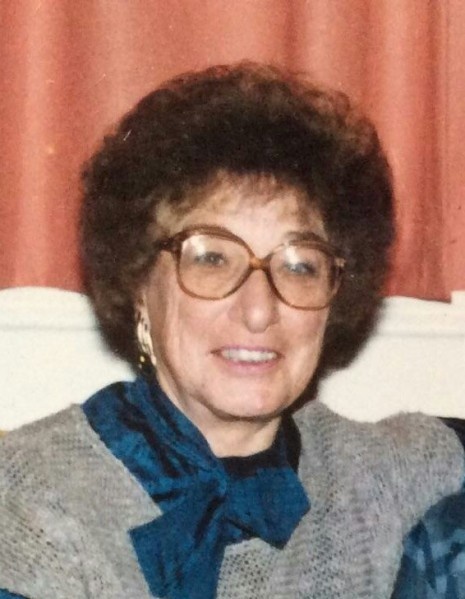 Bernadine Davie Earl passed away peacefully at her home with loved ones by her side on December 9, 2016 of natural causes at the age of 90.

Bernadine was born on January 25, 1926 in Ophir, Utah to Robert and Ethel Davie. She grew up in Salt Lake City.

On January 7, 1946 she married Gerald Emerson Earl the love of her life in Elko, Nevada. The marriage was later solemnized in the L.D.S. temple.  They moved to Fielding, Utah where they ran the local grocery store and Post Office for many years while raising three boys, Gerald Emerson Earl 2nd, Danny Paul, and Clinton Davie Earl. They later moved to St George Utah, Tremonton Utah, and Perry Utah, settling finally in Twin Falls, Idaho.

She lived an active life in the community all the while loving to work in their grocery store. She was lucky enough to travel to all 50 states as well as several places in Europe. She loved to play golf which she was quite good at. She and Emerson bowled in leagues for a lot of years collecting several trophies along the way.  They also would play ping pong for hours at a time.  She loved to watch the Utah Jazz play basketball. She missed very few games. Besides Emerson, her other true love was her cat named Killer. It was a bond not to be messed with. Killer was never far from her side.  She worried about him as much as Emerson worried about her.

Bernadine was a strong willed and intelligent woman. To most she will have been known as the matriarch of the family. She will be remembered for her quick wit and her loving heart that remained with her through her final days of her life.

Heaven has gained another angel and is rejoicing in her return. She is at peace knowing she has been reunited with her parents, son, grandsons, and all her brothers and sisters she loved so dearly in her lifetime. She is preceded in death by her parents Robert and Ethel Davie, son Gerald Emerson Earl 2nd, grandsons McKay Roe and Lane Barnes, great granddaughter Hailey Barnes, 7 brothers, and 7 sisters. She is survived by her husband Gerald Emerson Earl, sister Ramona Ditmer, West Valley City, Utah, children Dan (Jeanne) Earl, Hurricane, Utah, Clinton Davie (Kim) Earl, Twin Falls, Idaho and multiple grandchildren and great grandchildren.

Her family wishes to thank all the health care providers who attended to her. Their loving care couldn’t have been better.

The family invites friends to attend a Celebration of life on Tuesday December 13, 2016 at Rogers and Taylor Funeral Home, 111 N 100 E Tremonton, Utah. Visitation at 11:00 am to 12:00pm. Service to follow at the mortuary. She will be laid to rest at the Fielding Cemetery following the service.  A luncheon get together will follow at the L.D.S Church in Fielding.