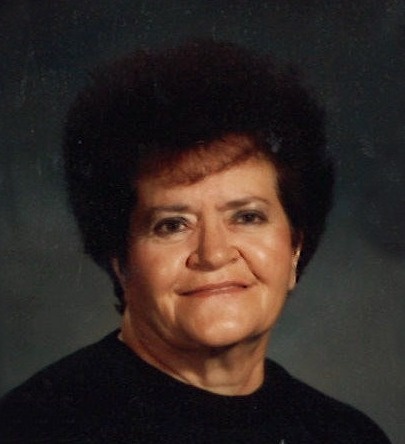 Bonnie Jean Estep Robbins Stevens passed away peacefully at her home in Tremonton on July 24, 2022.

Bonnie was born in Plymouth, Utah on September 9, 1930 to James and Effie Archibald Estep.  She was the oldest of 5 children.  She grew up in Plymouth and graduated from Bear River High School.  She married Richard (Rich) Robbins in 1947 and together they raised 8 children; Vickie, Mike, Larry, Verl, JuLee, Carla, Mitzi and Jeff.

Rich passed away in 1983, and they were later sealed for time and all eternity in the Logan LDS temple.

She later met and married Farrel Stevens.  He was a great companion for her and they had many happy years together before he passed away in 2010.

She had many jobs over the years including ironing clothes for many people, working at the cannery and the turkey plant, Ralph’s Dry Cleaners, Wurlitzer’s, and then as a custodian at Bear River High School for many years before retiring.

She was a member of The Church of Jesus Christ of Latter-day Saints where she held many callings including scout leader, primary teacher, Relief Society, and visiting teacher.

Bonnie’s hobbies included crocheting and quilting and she made many beautiful quilts and afghans.  She loved spending time with her family any time she possibly could including many camping trips over the years.

She was preceded in death by her parents Effie and James Estep, her husband Richard, daughter Vickie Seamons, sons-in-law Jack Seamons and Frank Deakin, daughter-in-law Shauna Robbins, her brothers Doug Estep and Odean Estep and her 2nd husband, Farrel.