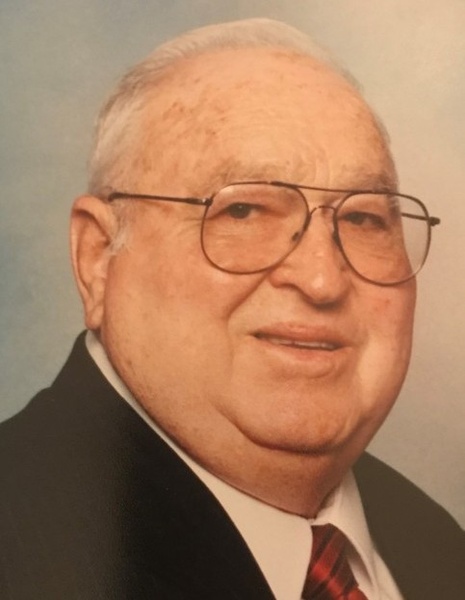 Our cherished and loving husband, dad, and grandpa passed away peacefully on Sunday January 14, in his home in Garland, surrounded by his loving family. He left the loving arms of his wife of 61 years, Shirley Jean Johnson. Upon his passing, he was joyfully welcomed into the arms of both of his parents. He was also preceded in death by his son-in-law Randy Johnsen, and great-grandson Levi Boyd Zahrn.

Boyd was born in Malad, Idaho, on December 18, 1929, to Sylvan Oleen Josephson and Jeannette Williams, and was raised in Plymouth, Utah. He later attended Brigham Young University (BYU), where he met Shirley Jean Johnson. On ­­­­­­August 11, 1956 they were married in Medford Oregon, and on May 2, 1957, they were sealed in the Logan Utah Temple. Boyd had a soft spot for his children and grandchildren, and was never too busy to help and support them. Boyd and Shirley were blessed with four children, six grandchildren, 15 great- grandchildren, one great- great- grandson, and numerous nieces and nephews.

Boyd served as a Tech Sergeant in the US Air Force for 3½ years. He returned home to complete a bachelor’s degree from BYU, and a master’s degree from Utah State University. He taught school for 33 years. In addition to his career in teaching, he raised exotic animals, enjoyed leatherworking, silversmithing, gardening, working on the family farm, and could fix or repair almost anything. He and his wife served faithfully on a mission for the LDS church in the Washington DC North Mission. Later, they served for 5½ years in the Logan Temple, and held many other church callings. He was a caring home teacher and spent many hours helping the disadvantaged around him. He was a great servant of the Lord.

The family wishes to thank Colette, Leora, and all of the Community Nursing Services (CNS) staff for the assistance they have given Boyd.

In lieu of flowers, donations are requested for the LDS missionary fund in Boyd's memory.