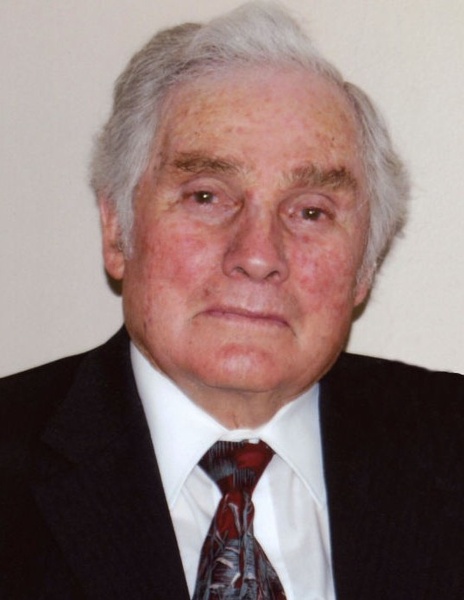 Boyd W. Munns, 91, passed away Sunday May 7,2017 of natural causes. He was born in Garland, April 26, 1926 to Frank and Mabel Udy Munns. He grew up in Garland on the family farm, attending Garland Elementary, and graduating from Bear River High.

Boyd joined the army shortly after graduation. He served under General Patton in the European theater as a tank operator, where he was in the Battle of the Bulge and Bastogne. After the war, he came home and married his sweetheart Sally Ramsdell, on February 14, 1947. Their marriage was later solemnized in the Logan LDS Temple. Together they started a diversified farming and ranching operation in Garland, Utah.

Boyd served on city council, Utah State University Board of Trustees, Utah-Idaho Farmers Union President, Board member of Mt. Ogden feed Co-op, helped with community service, was a state ASCS chairman , Lions Club president, and served on the Tremonton-Garland drainage district for over 40 years. He was instrumental in getting high school rodeo started in Utah. Boyd was an active member of the Church of Jesus Christ of Latter-day Saints, where he served as a youth leader, Sunday School Teacher, Elders Quorum President, High Priest Group Leader, and member of the ward Bishopric. Most of all he enjoyed farming and ranching. He had a lifelong love for horses and always had a good dog. He always kept a team of horses for pleasure and work. He has passed this love and knowledge onto his sons, grandsons, granddaughters, and great-grand kids.

In lieu of flowers, the family requests that donations be made to the Garland 1st Ward LDS Missionary fund.