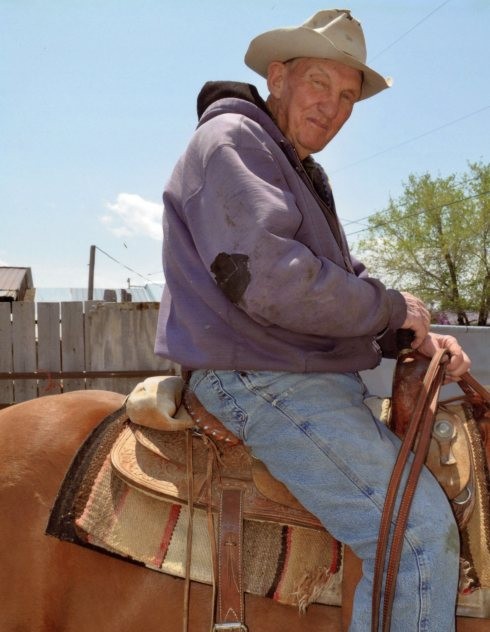 Cal was born in Layton, Utah on August 1, 1931 to George Merrill and Mary Morgan Scoffield. He was the 5th of eight children. He lived in Layton and Kaysville, Utah as a young man. He attended schools in Davis County.

Cal married Shirley Hancey on August 19, 1950. Their marriage was solemnized in the Salt Lake Temple on January 10, 1952. They began to raise a family in Davis County, Summit County, and Wasatch Counties.

Together they have six boys, and one girl. Mark (Sherri) of Fresno, CA, Val of Tremonton, Scott (Jeris) of Hooper, UT, Kelly (Jo) of Houston, TX, Lindy (Cathy) of Elk Grove, CA, Jay of Stockton, CA, Sam (Steve) Page of South Jordan, UT. They have 26 grandchildren and 38 great grandchildren. His family was his greatest joy and he was proud of all their accomplishments.

Cal was an active member of The Church of Jesus Christ of Latter-day Saints. He served in various callings including Branch President in Natrona Heights, PA.

Cal roped as a cowboy for nine years in the PRCA. He also worked as a farmer, a miner, a Federal Mine Inspector for the U.S. Government. In 1972 the family moved from Utah to Minnesota and in 1976 they moved to Pennsylvania then later to Kentucky. Cal also served on the Federal Mine Rescue Team for 6 years prior to finishing his career at Thiokol in Promontory, UT.

Cal enjoyed breaking and riding horses. He also used his horses to help several ranchers with their livestock in Utah and Idaho.

Services will be held at Noon on Friday, April 20, 2018 at the Tremonton South Stake Center (1150 S. Tremont St.). There will be no public viewing before the funeral service.

In lieu of flowers please make donations to the LDS Church Missionary Fund.

Interment will be at the Tremonton Riverview Cemetery.