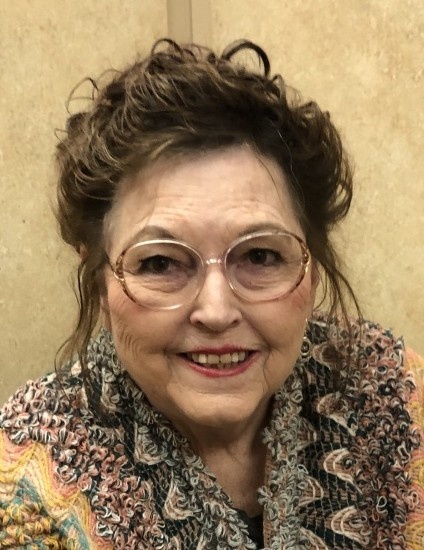 Carol Fewell, of Brigham City, Utah, was called home to her Heavenly Father on March 1, 2022 , at the age of 83 surrounded by family and friends on both sides of the veil.  Truly she became the woman of Proverbs 31:  Who can find a virtuous woman, for her price is far above rubies.  Strength and honour are her clothing; and she shall rejoice in time to come.  She openeth her mouth with wisdom; and in her tongue is the law of kindness.  She looketh well to the ways of her household, and eateth not the bread of idleness.

Carol was born on February 2, 1939, to John and Elma Grantham in Salt Lake City, Utah.   She grew to become a beautiful young woman and married Garth C. Rohde in August of 1959 and they settled in the Ogden and North Ogden, Utah area where she gave life to 6 children.  The family became the occupation of her life, and she became an excellent homemaker providing the meals, clothing, costumes, care and their many other needs.

After being divorced from Garth, she met and married Larry Clark who became a salesman.  Together, they spent many years on the road.  When mom would come home, she was eager to share new memories and all that she had with her children and grandchildren.  Larry passed away early in life.

Carol met Robert Fewell and they were married on June 29, 1996.  He would become her friend and companion for eternity and were sealed in the Bountiful, Utah Temple on April 11, 1998.  They lived a beautifully simple life together and were generous with their time and themselves to friends and family and strangers.  When Robert had a severe stroke, the situation required them to live in assisted living accommodations for the rest of their lives.  Much earlier than either of them had envisioned.

Carol did not let this change in their lives become a cause for bitterness.  Instead, she bloomed in all of our gentle kindness, love, and caring as a believer in Christ.  She devotedly cared for her husband and participated in all her children’s and grandchildren’s gatherings.  Her and Robert’s final home would become Maple Springs Assisted Living.  The Lord revealed to Carol her calling as ministering sister years before he would unveil it as a program to her Church.  Each day she would watch for the lonely person in the corner and befriend and cheer them.  Not for the day’s good deed but to become a lifelong friend.  Giving her heart freely to so many even though she knew she would lose them to death.  We are certain that she had a glorious reunion with all her friends.

A special Thank You to the dedicated and caring staff at Maple Springs Assisted Living Center in Brigham City, Utah who provided countless hours of compassionate care, service, and love.