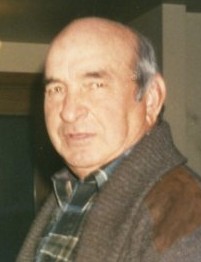 Mantua- Charles Lawrence Skeen, 89, passed away on January 31, 2016 at his home in Mantua. He was born on December 26, 1926 in Twin Falls, Idaho to Hazel Bitton & Elmer Skeen. He was raised in Twin Falls, Idaho and later moved to Ogden, Utah where he met his sweetheart Carla L. Gardner. They were married in Weber County on October 10, 1947. Their marriage was later solemnized in the Logan LDS Temple on October 12, 1959.

While living in Ogden and Brigham City, he worked for Mountain Fuel Supply Co. (Questar Gas). He retired on January 1, 1983.

He served in the military as a Private First Class at the M.B. Naval Station at Treasure Island, San Francisco, CA. He was a member of the Church of Jesus Christ of Latter-day Saints. He was also a member of the Weber & Box Elder County Search and Rescue.

Charles favorite past time was fishing. His favorite fishing hole was Hebgen Lake. He loved to spend time camping with his family and traveling the western states. He loved to be out in the West Desert.

The family would like to extend a special thanks to Dr. Markeson for his many years of service to our Dad, his daughters for their love and compassion while he was fighting diabetes, all the many friends he made going to J&D’s Family Restaurant and Bert’s Café, and all who were so loving and tolerant to him at the Brigham City Senior Center. He loved you all!