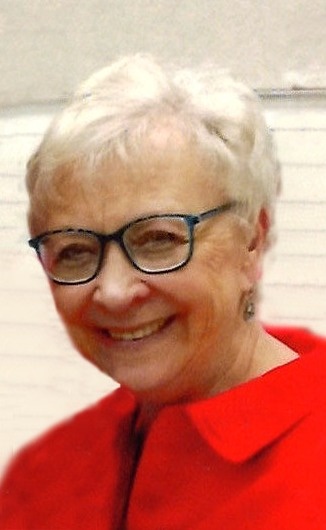 The world was blessed on August 8, 1951 when Christy was born in Salt Lake City, Utah. She came home to Jay Dee and Alice Christofferson Harris, and her brother Matthew Jay. Christy was privileged to know many influential people through her parents, and was grateful for the foundation she was given in her early years. She was their cherished daughter. She in turn, was devoted to her parents.

She faithfully cared for them in their aging years and loved them deeply. Her older brother, Matthew passed away in 1978. Christy was raised in Tremonton, Utah where she attended McKinley Elementary, was part of the first 6th grade class at the new North Park Elementary. She also attended Bear River Junior high and then graduated from Bear River High School in 1969. She graduated as one of the top ten scholars in her class. She was active in Pep Club, A Capella choir, Searchlight, the Bear River High newspaper, and she also served on the Yearbook staff. She loved to read and always had a good book to share or talk about. Her knowledge of history, doctrine and what mattered most was amazing. Christy was very talented at singing and performed in community plays. Whatever she attempted, she did with diligence and excellence. She was first to volunteer whenever there was a need.

Christy met Lynn Richards of Fielding, Utah in Junior High and never noticed another boy. After high school graduation, they were married in the Salt Lake Temple on September 3, 1969. They lived in Fielding, their entire married life, busy with farming, raising cattle, and raising a beautiful family. They were blessed with two daughters and five sons: Karen (Shawn Moyes) of Tremonton, Utah; Lynn Jay (Dawn) Richards of Boerne, Texas; William Dirk (Dawn) Richards of Fielding, Utah; Nicholas Rex Richards (Amber) of Fielding, Utah; Camille (Ryan Leishman) of Nibley, Utah; David Ross Richards (Adri) of Tremonton, Utah; and Timothy Craig Richards, deceased. As her granddaughter says, "She wasn't just a grandma, she was a great grandma!" Christy loved to go with Lynn to check on the cows at calving time, or whenever they could get away.

Christy was and is the definition of loyalty, faith, service and integrity. She served as Gospel Doctrine teacher, Relief Society teacher, and Young Women's teacher.

She taught Temple preparation classes and served as pianist as well as organist in the Fielding Ward as long as she lived there. She also served as a missionary for The Church of Jesus Christ of Latter-day Saints at the Church History Museum in Salt Lake City from 2007-2018. She loved history and sharing her knowledge. Christy shared her abilities freely and was involved in community service. She served on the board of the Bear River Valley Hospital and on other community services.

Christy was very involved in her children's school activities. Her family was her top priority and she completely devoted herself to them. She prepared every needful thing and served faithfully, no matter what was asked. Many people were blessed by her quiet acts of love and service. As her husband Lynn said, "She was the best." She lived the Gospel in her service and example.

Christy is survived by her husband, Lynn, 6 children, 23 grandchildren and 1 great grandchild.