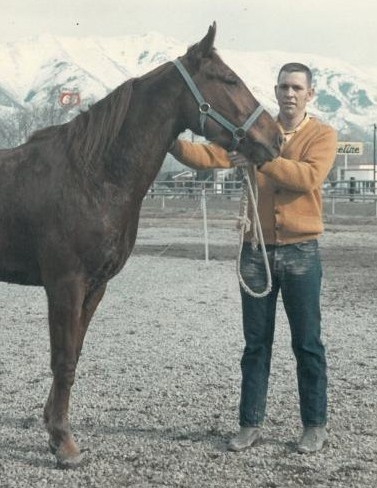 McKay worked at Thiokol and Colorrite painting early on in his life. He later owned and operated Allred Brothers Painting and M&J Trailer Park.

He was Dad/Grandpa of the year several times over. He loved horse racing (cutter and flat track), fishing and camping.

McKay was a member of The Church of Jesus Christ of Latter-day Saints. He was also a member of the Golden Spike Cutter Association.

McKay was preceded in death by his parents, wife, three sisters, a brother and two grandsons.

The family would like to extend a special thanks to Jamie, Kellie, Krisha, and Charie for helping when they could; to CNS Hospice for making my last days bearable and a very special thanks to Dirk & Shanna for their help and unconditional love.

“Roses on Your Pillow”