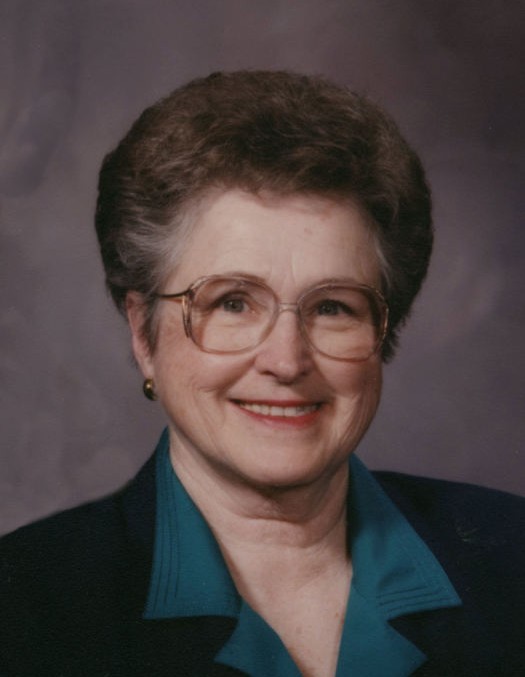 Colleen Adams Woodbury passed away on December 27, 2017 in Tremonton, Utah. She was born on August 24, 1928 in Cedar City, Utah to Evelyn & LaRue Adams. Colleen was raised in Cedar City, where she attended elementary through high school. She then went on to graduate with an Associate’s Degree from BAC (SUU).  While living in Cedar City, she met Darwin Woodbury. They were married on May 23, 1948. Darwin passed away on November 7, 2014.

Mom was first and foremost a homemaker.  She worked at Utah State University as a secretary to help dad through school.  She later worked again at U.S.U. as a secretary, commuting from Tremonton.  She also worked at North Park Elementary in Tremonton as a librarian.  She loved to read and had a great respect for books and literature.

Mom was given the “Mother of the Year” Award by the Tremonton Civic Club.  She belonged to the Civic Club for over 30 years, and was especially involved in the Riverview Cemetery renovation.

Colleen is a member of The Church of Jesus Christ of Latter Day Saints.

She was preceded in death by her only sibling, Boyd Adams.

A special thanks to the staff of Tremonton Our House Assisted Living who showed considerable kindness to Mom.