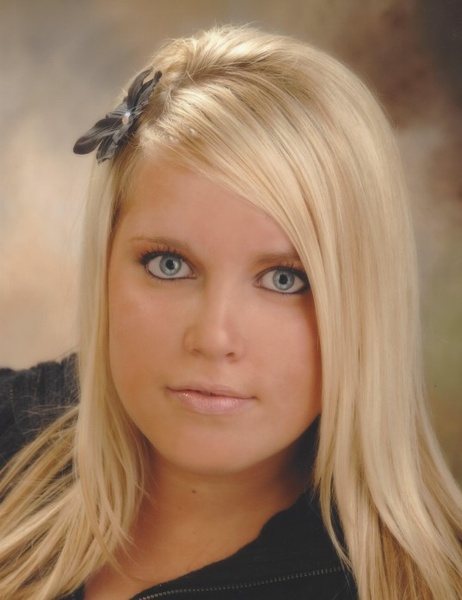 Courtney Lynn Oyler was born on February 7, 1987, in Thatcher, Utah, and left us way to early, and completely unexpected, on July 28, 2021, due to a fight with pneumonia.

From the early days of her life, it was clear Courtney was someone who would courageously cut her own path. As a young girl she was bitten by the snake she holding. “Don’t Worry!” she said. “It’s worse off than me. I was so mad I picked it up, swung it around my head and threw it as far as I could.”

When her siblings talk about the funniest moments from their childhood, most of them were at the hands of Courtney. Her bold way of communicating, passionate exclamations and comedic timing was a legacy she will leave behind. The invention of social media finally gave a platform for someone like Courtney to really thrive. Many have said her insights on the world was often the pick-me-up they needed.

There isn’t a person we know who wouldn’t walk a thousand miles to hear her iconic laughter fill the room one more time. And her eyes …her crystal-clear, blue eyes. They were something to behold.

Her daughter Olivia was her universe. If you asked Courtney what her greatest accomplishment was in this world, she would undoubtedly say it was Olivia. The rest of us couldn’t agree more. She was a mother who sacrificed all her personal comforts to care for her. Olivia said her favorite things about Courtney was her smile, her laughter and that she was always happy. They didn’t require much to be content. Just being together was all it took.

Courtney thrived off being with people and the impact Courtney left on this world was clear from the outpouring of love from her friends since her passing. To them, Courtney was a bright spot in their world. Someone who could be trusted but wouldn’t judge. She encouraged people to be their true self. When they were with her, they could guarantee laughter – the kind of belly laughter that hurt.

Besides Olivia, she leaves behind two loving parents, Keven and Jill Oyler, her siblings, Stacy (Nathan) Cardon, Jake (Hannah) Oyler and her best friend, Nathan Oyler. Her Grandma Arlene Oyler and 8 nieces and 2 nephews were also here to send her off. She was greeted on the other side by her grandparents, Thayne Oyler and Smitty and Veda Smith.

The funeral will take place at 12:00 pm on Saturday, August 7, 2021, at the Church of Jesus Christ of Latter-Day Saints in Thatcher, Utah (11475 West 10400 North, Thatcher, Utah). If you would like to express condolences to the family, they will be holding a visitation from 11:00 am to 12:00 pm.  In lieu of flowers, consider donating to a Go Fund Me set up by Courtney’s friends to help the family with funeral expenses: https://gofund.me/24b70b86 .

The funeral will be live streamed for those unable to attend in person. To access the live stream – go to the following link: https://zoom.us/j/95996456127