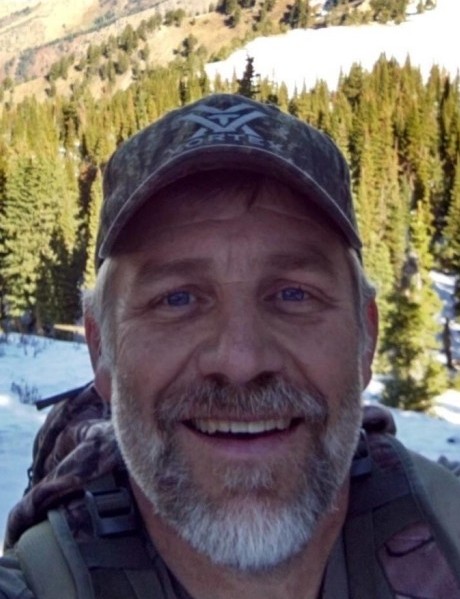 Brigham City- Curtis Shane Reed, 55, passed away at his home near Bear River City, surrounded by his family on April 5, 2020. He was born on March 31, 1965 in Salt Lake City, Utah to Clare & Carolyn Reed. Shane grew up living in many states, but Hurricane, Utah was his home from the age of twelve until he left to serve a mission in Seoul, South Korea. Shane attended Hurricane High School, where he loved his time playing basketball, football, and running track. He also had a great love of music and played the saxophone in the band.

He married his yobo (sweetheart), Cyndee Julander on April 17, 1986 in the St. George Temple. Shane & Cyndee have lived in Brigham City, Utah for their entire 34 years of marriage.

Shane started his working career with his father in construction. He later worked at La-Z-boy in Tremonton for a few years, followed by 30 years at Nucor Steel in Plymouth, Utah. He took a medical retirement in March of 2018.

Shane had a great work ethic. He worked hard so that he could play hard. One of his greatest loves was traveling with his wife and children. He was talented in so many areas including woodworking, remodeling his home, and working in his yard. Shane loved his horses, riding in the mountains and horn hunting. Hunting was a cherished hobby that he enjoyed with his family, including their hunting trip to Africa. Golfing was another hobby that Shane enjoyed. He golfed with his kids/grandkids and with his friend Steve Hurd every chance that he got. Snowmobiling has been a recent activity that brought him great joy. Most of all, his six children were his greatest love. He played with and supported them at every game and activity possible.

Shane is a member of The Church of Jesus Christ of Latter-day Saints.

Shane was preceded in death by his grandparents on both sides; father-in-law, DeWayne Julander; and nephew, Jared DeWayne Marble.

A private outdoor service for family and close friends will be held at the Bear River City Cemetery. Those that come are invited to practice social distancing and bring their own chair.

The family would like to extend a special thanks to all of the loved ones that took great care of Shane, to the CNS Hospice Team, and to Dr. Heloisa Soares for her tender and compassionate care.

Due to the nature of the times right now, please feel free to leave an online condolence of Shane on www.ruddfuneralhome.com. A tribute video of Shane’s life will also be available online in the days to come.