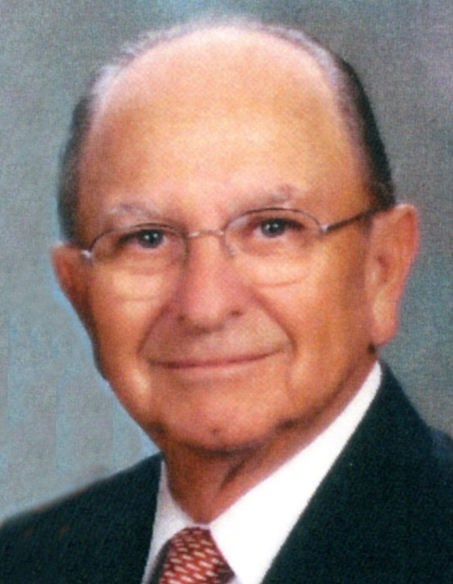 TREMONTON- Dallas Wayne Sandall, age 87, passed away on Jan. 23, 2017, in Tremonton, Utah. He was born Aug. 1, 1929, in Tremonton, Utah, to Wayne Isaac Sandall and Luella Marble. He grew up in Tremonton. He graduated from Bear River High School and Utah State University. Dallas and JoAnne Wood were sealed on June 14, 1955 in the Salt Lake Temple by President David O. McKay, a close family friend. They have two children.

Dallas lived and raised his family in Tremonton. He was a Sergeant in the Utah National Guard and served with the Garland unit, Battery B, 204th Field Artillery Battalion, in Korea as a radio operator. He was very proud to have served his county with fellow members of the Bear River Valley. After his honorable discharge, he returned to Utah State University where he was a member of the Sigma Chi Fraternity. It was during an activity with the Alpha Chi Omega Sorority that he met the love of his life, JoAnne Wood. She has been his lifelong friend and companion for 62 years.

He served in church, community, and agricultural organizations. He was a member of the Church of Jesus Christ of Latter-day Saints and served as an executive secretary and counselor in two Tremonton 6th Ward Bishoprics. During his lifetime, he has been involved in many business and community endeavors. He was part owner of Sandall Motors, the local Cadillac, Pontiac and GMC dealership. Dallas always loved that new car smell and took great care and pride in his cars and trucks. He was instrumental in the establishment of Bear River State Bank in the BR Valley where he served on the board of directors. He later served on the bank boards of Commercial Security and Key Bank. He and his wife developed the area of Tremonton known as Sandallwood Acres. In partnership with his father, he constructed several other buildings in town that have housed various business ventures. He enjoyed farming and ranching with his family in Promontory, UT. Over the years, Dallas served on the board of directors for Farmers Grain Co-op of Ogden, UT. Later in his life, he and JoAnne became “snowbirds” and enjoyed retreating to St. George, UT, for the winter season, enjoying the company of many dear friends.

He was preceded in death by his parents, a sister, Carolyn, who died at birth and a still-born baby brother.

The family would like to express their gratitude for the care by Hospice and Home Health specialists: Mavis, Lisa, Shannon, staff at Bear River Valley Hospital & clinic and to Dr. Rod Merrell; for his devotion and friendship over many years.

Interment will be in the Tremonton Riverview Cemetery. In lieu of flowers, the family requests donations be made to the LDS Missionary Fund in Dallas’ memory.