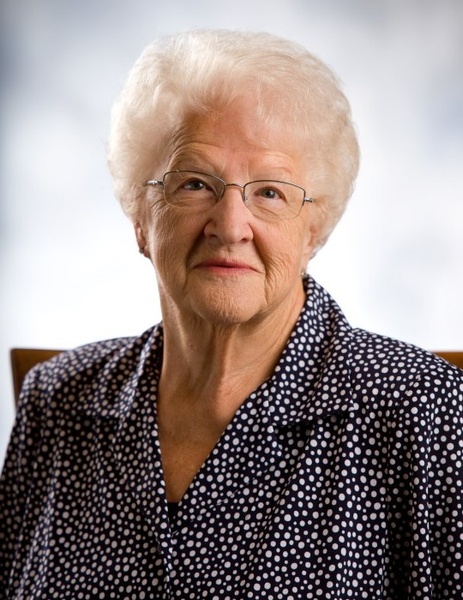 Our Sweet mother and grandmother, Darlene Payne Rohde returned to her Heavenly Father on Wednesday, September 26, 2018 after living a life of kindness and love. She was born on October 31, 1934 in Ogden, Utah to John and Verda Whitaker Payne. She married her sweetheart, Ray Deen Rohde, on December 15, 1951 in Brigham City, Utah.  They were blessed to spend almost 63 years together, most of which they spent in their home in Roy, Utah.  They were sealed as an eternal family in the Ogden, Utah Temple on May 25, 2002.  Darlene was an active member of The Church of Jesus Christ of Latter-day Saints, serving in many callings including Sunday School Secretary, Primary Secretary, and Relief Society Secretary.  She was also a member of the Rebekahs, a service organization.   Darlene served as the President of the Rebekah Assembly of Utah as well as many other local and international positions within the Rebekah organization. Darlene enjoyed traveling with Ray, and her family.  She loved her grandchildren and was just about the best grandmother ever.

Darlene had a profound love of children.  She provided day care services for many years loving and caring for every child as if they were her own.  She then worked for a short time as a sales clerk at a local clothing store, Bee Gee's, before being hired as a proof operator for the Bank of Utah.  She was soon promoted to the in-clearing control clerk.  She retired from the Bank of Utah at the end of 2002 after 30 years of service.

Darlene loved gardening.  Year-round she would be found out to her yard especially caring for her rose garden.  She was an accomplished seamstress and made many dresses and costumes for her daughters and friends.   She loved to tie quilts, crochet, embroidery, and make treats and candy.  She also loved all kinds of crafts and jigsaw puzzles.

The family would like to thank all the staff at Maple Springs Assisted Living in North Logan, especially the devoted and caring aides in Maple Springs Memory Care as well as the compassionate members of Darlene's IHC Hospice team.