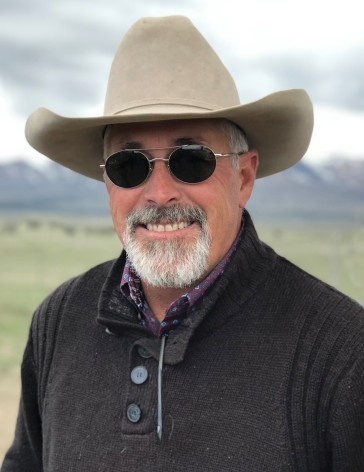 Darren Dwight Nicholas (53) was called home on February 14, 2021. Darren was born on May 15, 1967 in Montpelier, Idaho to Dwight and Shannon Nicholas. He was the eldest of five boys. Darren spent most of his life living in Honeyville, Utah. He attended Bear River High School. On June 23, 1990 he married Vangee Sargent. That marriage blessed him with three children, Dillen, Sierra, and Cheyenne. After their divorce he married Trisha Arbon on March 8, 2008. He became the step-dad to Rowdy and Sassy. They later divorced.

At a young age Darren became the man of the house when his father passed in September of 1979. Since then he always made sure his mom and brothers were taken care of. Darren loved pushing his luck. He and his brothers were often found giving their mother grief. Darren loved anything with an engine, the faster it could go the more he loved it.

Darren had a contagious laugh and smile that could light up any room. His voice also seemed to travel, and he could be heard from a mile away. Darren was as selfless as they come. No matter the time of day, he would drop whatever he was doing to help somebody out. He was a gifted welder and could fix anything. He used his talents to start his own business, Nicholas Mobile Welding and later started fencing as well. He worked hard and made sure he was having a good time while he was doing it. He could out work all of his son-in-laws and nephews when they helped him.

Darren was always the life of the party. If there was music playing, it was a guarantee you could find him dancing. He loved being with his friends and family snowmobiling and hunting. He always had a love for horses and enjoyed roping and branding cows. He enjoyed hopping in the truck or side by side with nowhere to go, music always blasting.

He loved his family, especially his kids. It wasn’t until his kids started having their own kids that we saw the soft side of Darren. His grandkids were his pride and joy. He would have done anything for them. They loved their “papa.”

He is preceded in death by his dad, Dwight Nicholas, grandparents, and aunts.