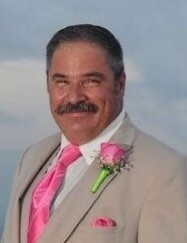 David Curtis Madsen, passed away at age 62, on December 3, 2021 at the Bear River Valley Hospital. He was born June 3, 1959 in Tremonton, Utah to Mercy Casias and Curtis Madsen.

Throughout his life David lived in Portage, Utah, Tremonton, Utah, and Deweyville, Utah. He graduated from Bear River High school, Class of 1977.

David started working for the Union Pacific Railroad right out of high school then transitioned to Nucor Steel, where he worked for 35 years before retiring in 2019.

David loved fishing, camping, hunting, and working, in his yard and shop. He loved spending time with his grandchildren who were his world. He was often found helping friends and neighbors.

David was a member of The Church of Jesus Christ of Latter-day Saints.

Funeral services will be held on Monday December 27, 2021 at Noon at the Deweyville LDS Church (10750 North 3000 West Deweyville, Utah) with a viewing held prior from 10-11:30am. Interment at the Garland Cemetery. The service will be livestreamed and may be accessed below.

A special thanks for the Bear River Valley Hospital staff. You all went above and beyond to help him in every way possible! Thanks to all the family, friends, and neighbors who have reached out to lend an ear and for all the thoughts and prayers. They haven’t gone unnoticed.