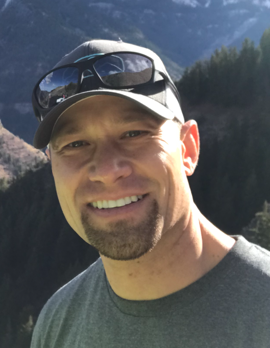 Dave was born in Bountiful, Utah on February 12th, 1979. He grew up and graduated from Bear River High School in 1997. He served a two-year LDS mission to Argentina. After his mission he married Cristy Hawkes Montgomery on June 9th, 2001. Their marriage was later solemnized in the Bountiful LDS Temple on July 11th, 2009. They had three beautiful children together.

Dave was a member of The Church of Jesus Christ of latter-day Saints. He was a man of many talents, too many to mention. He loved to take his family camping, fishing, hunting, golfing, and trips to Hawaii and Disneyland.

In lieu of flowers, contributions may be made at Members First Credit Union or Venmo @ Cristy- Montgomery.

Another person lost their fight with the darkness. David Montgomery was a husband, father, son, brother, uncle and friend. David was a loving husband and father who would do anything for his family. His children were his whole life. He was a good man with a big heart and was always there if anyone needed a helping hand.  He was a hopeless perfectionist and an extremely talented person who could fix or build almost anything. He also had an incredible sense of humor and was almost always willing to laugh at himself. David was far from perfect and had personal demons from childhood trauma just like the rest of us. Unfortunately, in the end he felt like the darkness he felt inside had inflicted so much pain on him and the people he loved that he would no be able to work his way back this time. He deserved to live, love, and be loved in return. He deserved to see his children grow up and his children deserve to have their father. Please let this tragedy be the last one. If there are people in your life that are in pain, please recognize this and extend a loving hand to them before its too late. Hurting people hurt people and sometimes themselves, this cycle must end. We love you David. RIP.