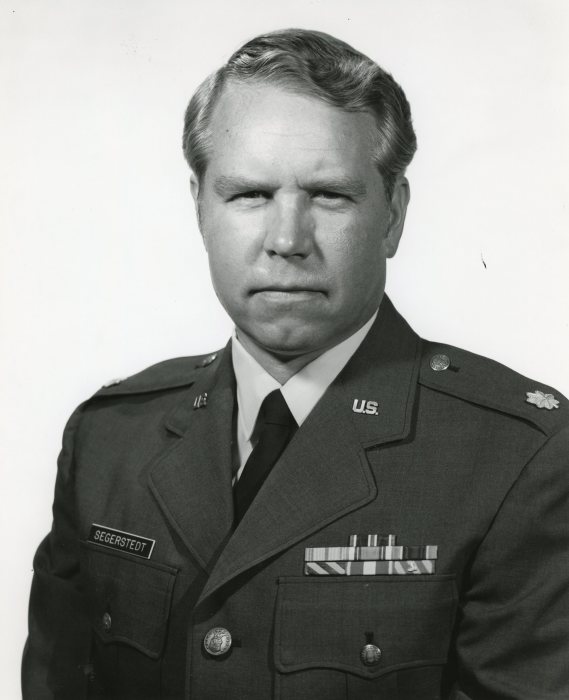 David was married to his sweetheart, Shirley Kay Thomas Segerstedt, in Midvale, Utah on February 2, 1962.

David was an estimator for Metals Manufacturing, until he retired in 2008. He served in the Utah Air National Guard for 35 years and held the rank of Lt. Colonel.

He was an Elder in the Church of Jesus Christ of Latter Day Saints. He loved his children and grandchildren. He also loved guns.

He is preceded in death by his parents and brothers-in-law, Leroy Pia, Jim Thomas, and Jack Thomas.

Special thanks to Our House CNAs, Aides, and IHC Hospice Nurse, Wendy, for the extra love and care they gave dad.

The services were held on July 16, 2018 at the East Garland Cemetery with full military honors.