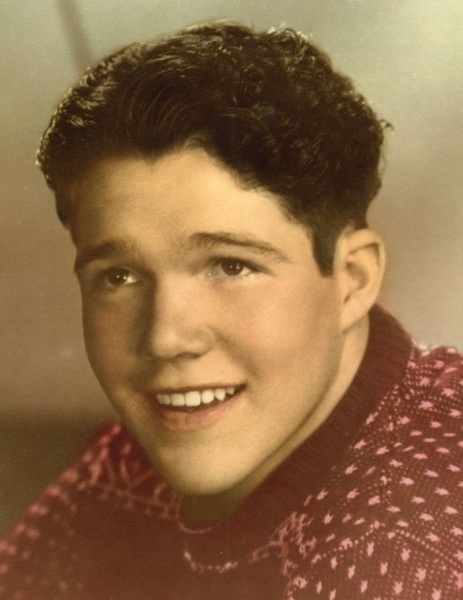 GARLAND – Newell “Dean” Van Valkenburg passed from this life at his home in his La-Z-Boy chair surrounded by his family on July 20, 2017 of causes incident to age. He was 89 years old.

Dean was born on April 30, 1928 to Leah Robinson and Ira Van Valkenburg in Union, Utah. He was raised in Sandy, Utah along with his two older sisters.

Dean worked in the Foundry in Salt Lake City after graduating from Granite High School. Dean and Ila Mae moved to the Garland area where they built a successful business, Van’s Drive Inn. He also worked for UDOT for 25 years, retiring when he was 59 years old. He was always a hardworking man and couldn’t sit still, so he worked for Chanshare Farms, Rupp’s Trucking, and drove fertilizer truck for Rick Kent. He also helped the Munns’ and Hess’s during harvest season driving trucks for 14 hours a day. He served in the National Guard for 10 years. He was a member of the Box Elder County Sheriff’s Posse.

Dean loved horses and always kept upwards of 12 on hand. He loved his cutter racing days. He enjoyed dancing, snow skiing, his vegetable garden, fishing, camping, a good game of cards, a cattle drive on the Doug Roche Ranch, a good western movie or TV show, and watching his children and grandchildren participate in sports. He had a fierce love for his children and grandchildren.

Dean is survived by his wife, Ila Mae and their children: Tonya Hess (Vaughn), Denise Hancock, Talauna Stokes (Clayton), Shanette Brooks (Klen), and his son Ira Kip Van Valkenburg (Teresa). He is also survived by 20 grandchildren and 14 great-grandchildren, with 3 more on the way.