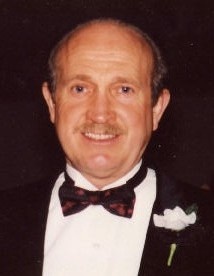 Dennis Allen Hull, age 75, passed on into the loving arms of his Heavenly Father on January 10, 2018 in Tremonton, Utah. He was born on February 7, 1942 in Ogden, Utah, son of Fay Lador Hull and Verla Norene Rawson Hull. He was one of the most honest, humble, and talented persons one could meet. His genuine nature made him easy to approach and talk to. He had a zest, ambition, and energy for life that was refreshing. He never complained or talked negatively about others.

Due to his father’s drive and his mother’s help, Dennis learned the trumpet at a young age. He willingly shared this wonderful and perfected talent. Playing his trumpet became a joy to the thousands he performed for. As a member of the Fay Hull Family Band, he played his trusty trumpet for dance jobs throughout Northern Utah, Idaho, and Wyoming. His family’s music had a fun, toe-tapping sound that was most enjoyable to dance to. During those “dancing years” of the 1950s and 60s, bonding memories were had while performing with his sisters, Norene and Carma, his brothers, Johnny, Jarrell Fay, and Cordell, and parents at LDS ward and stake dances, programs, and family parties, The dancers and audiences especially loved to hear him “growl out” his signature trumpet song, “Sugar Blues.”

During the 1970s, 80s, and 90s Dennis enjoyed playing the trumpet in the Kent McMillan Band. Because of their love of music, right up to December 29th, 2017, Dennis, Kent McMillan, Dan Christensen, Steve Smith, John Christeansen, and Ray Ellis continued to perform together in Farr West, Utah for a dance job. These musicians commented to each other “What fun it is to get together.”

With Dennis’ versatility, Dennis was willing and ready to play with any group who needed a good trumpet player, and there were many opportunities.

Since Dennis was a youngster, he loved to tinker with mechanical projects. There was nothing he couldn’t fix. As a young man, he learned the auto-body trade which became his life-long, “day job” career. He worked hard as he put an artistic touch and care in all his auto-body work.

He served an honorable LDS mission to the Southern States, and was active in the Tremonton 1st Ward. He and his former wife, Sandra Bramwell, were blessed with their son, Randy, and daughter, Denise. He and Sandra later divorced. Dennis later married LaRaine Hansen Pettingill of West Weber, Utah. Dennis, in the fullest sense, embraced his newfound daughters: Tara and Beth. He will be missed by his dear sweetheart and wife LaRaine, children, grandchildren, great-grandchildren, sisters, brothers, nieces, nephews, cousins, neighbors, and many friends. To know Dennis was to love Dennis!

He was preceded in death by his brother, Jarrell Fay Hull, his parents, Fay and Verla, his daughter, Beth Pettingill, his father and mother-in-law Richard and Oneita Hansen.