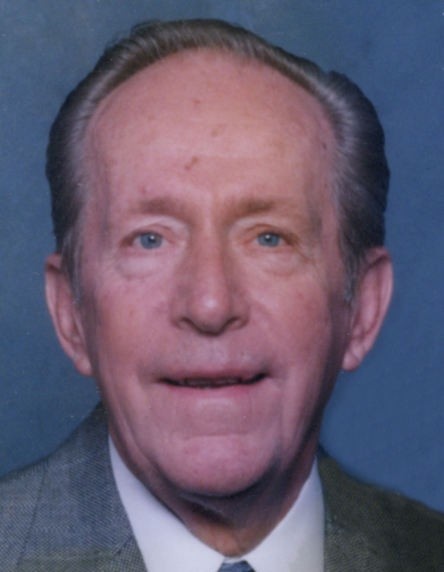 Our amazing, husband, brother, dad and grandpa, Dennis Stokes Miller, passed away Saturday morning, September 30, 2017, at the age of 86, returning to his Heavenly Father.

Dennis was born February 3, 1931 to Rudy Miller and Ethel Tressa Stokes Miller in Tremonton, Utah. Dennis attended McKinley Elementary School and Bear River High and was a graduate of LDS Seminary. He played many sports in high school including football, track and baseball.

High school sweethearts, Dennis and Lila married each other for time and all eternity on August 17, 1949 in the Salt Lake LDS Temple. That was just the beginning of a 70 year love story.

Dennis was a devoted and faithful member of The Church of Jesus Christ of Latter-day Saints and served as a Bishop in the Tremonton 6th ward, was a member of the High Council, served as a stake and ward missionary, Scout Master and together with Lila served missions in St. George, Utah; Dallas, Texas and Paris, Idaho.

Dennis, along with his father Rudy, owned and operated Miller Gas Company in Tremonton, one of Tremonton’s oldest family owned businesses. Miller Gas Company is still owned by the family today. Dennis served in many civic capacities throughout his life and was President of the Jaycee’s and Bear River Valley Chamber of Commerce. He was a member of the Tremonton Kiwanis Club.

Throughout his life he enjoyed being outdoors hunting, fishing, camping, golfing, water skiing and snow skiing. His greatest adventure was spending time with his family at their cabin in Bear Lake, Utah. Many fond memories over the course of six decades were shared between several generations of family members and friends. Dennis took his last trip to Daisy Bay on Bear Lake just last month for one more “I spy Bear Lake.”

Dennis was known around the community as an honest and hardworking business man and was well-respected. He had a gentle spirit and was a friend to all that knew him. He complimented everything that was ever given to him with a smile on his face and was so grateful for all of his many blessings.

Among those blessings is his family. Dennis and Lila are the parents of four children Diana, Kathy, Cheryl and Roger. As a family they took many memorable vacations, would sing to his children in the morning, had plenty of great laughs and enjoyed those precious years before their posterity grew and grew.

Dennis is survived by his wife Lila of 68 years, sister Trudy Garfield, daughters Diana (Bob) Doutre, Kathy (Byron) Wood, Cheryl (DeeEll) Fifield and son Roger (Rachelle) Miller. They have 16 grandchildren, 40 great-grandchildren and four great-great grandchildren with one more on the way. All those infant grandchildren of Dennis were proudly held and comforted in the famous Grandpa Miller hold he made his very own.

He is preceded in death by his parents, a sister Raeola Wise, a grandson Nicholas Lee Doutre and a great-grandson Brayden Blaine Doutre.

The family would like to extend a special thanks to the staff at Bear River Valley Care Center & The Legacy House of Logan for the loving care they showed to our Husband and Father.