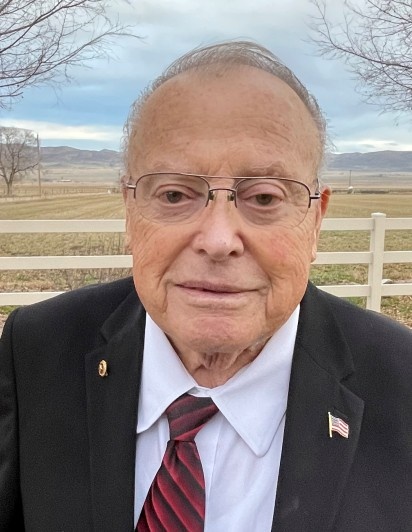 Dennis William Payne was born in Tremonton, Utah on January 14, 1939, to Verda Louise Whitaker and John Lawrence Payne. He was the fifth of eleven children. He attended Bear River High School, graduating in 1957. While in high school he excelled at track and field, specializing in the 100-yard dash. He and his teammates won many awards and medals on the track.

Dennis married Percilla Marie Abbott from Malad, Idaho on June 30, 1961. Immediately after their wedding, Dennis was drafted into the United States Army, eventually being stationed at Ft. Carson, Colorado. He served 2 years there, before being released and returning home to Utah in 1963. Dennis and Marie were sealed in the Logan LDS Temple on August 5, 1964.

Dennis began working at Thiokol as a Quality Assurance Inspector in 1957, only a few months after it opened its Utah operations. His job was placed on hold when he was drafted, but after returning to Howell, Dennis resumed his job at Thiokol. He worked for Thiokol for 35 years before retiring in 1992.

In 1970, Dennis and Marie purchased his parents’ farm in Howell, and with the help of his sons farmed it for many years until retiring from the farm in 2007. After retirement Dennis and Marie enjoyed traveling and spending winters in Arizona and Nevada.

Dennis is survived by his wife Marie, 4 children: Randall (Cindy), Rory (Lisa), Ricky (Tyese), and Russell (Marcy), 17 grandchildren, 19 great grandchildren, with one on the way. He is also survived by his 2 youngest sisters: Sandra (Richard) Fuller and Shelly Nicholas. He was preceded in death by his parents, John and Verda, 5 brothers and 3 sisters, his youngest son Rocky Dennis Payne, and a great grandchild Lexie Dickens.