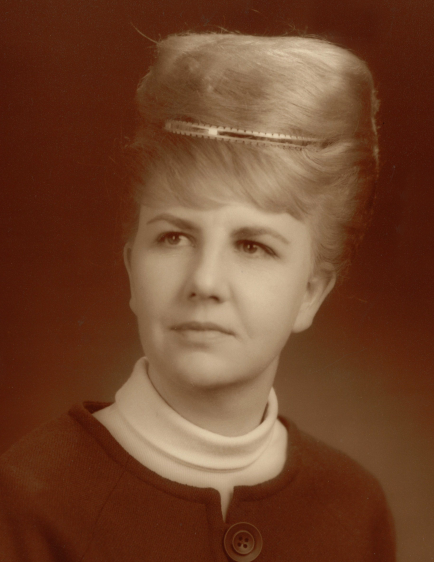 Dixie Colleen Rasmussen passed away peacefully on October 26, 2021, in Tremonton, Utah. Dixie was born on August 18, 1935 in Logan, Cache County, Utah, to Reuben Sherman and Carmen Winn Rasmussen as the youngest of three daughters.

She grew up in Clarkston, where she became a beautiful and confident young woman.  After graduating from North Cache High School and LDS Seminary, she attended Ex-Cel-Cis School of Beauty in Salt Lake City, Utah, where she was awarded a certificate of completion.  Dixie then moved to California, where she made her new home and accepted employment with Sperry Rand Company. She worked the rest of her successful career for Hughes Aircraft Company, excelling as a project manager and gaining numerous achievement awards.  She retired in December of 1989. Years later Dixie moved to Layton, Utah, to be near nieces and nephews.

Dixie had many talents and interests during her life.  She was a hard worker and liked to learn new things and wasn’t afraid to go after her ambitions.  She loved to swim and really enjoyed cooking and even attended culinary school.  She was a lover of cats and had many over her lifetime, that were her constant companions.

She loved her sisters and their families and remembered her nieces and nephews on birthdays and holidays. She enjoyed and treasured the close, life-long friendships of her childhood.

Dixie is survived by many nieces and nephews and is preceded in death by her mother and father and her two sisters, Wanda (Melvin Glenn) and Venna (Keith Page).