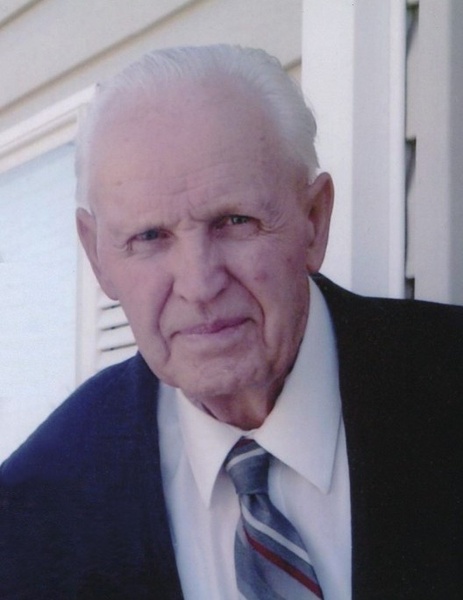 Don Leo Miller, 91, passed away in Tremonton, Utah, on October 5, 2017, surrounded by his loving family.

He was born on April 29, 1926, in Elwood, Box Elder County, Utah, to Soren Leo Miller and Susie Lavona Hunsaker. He had five brothers and one sister.

Don grew up on a farm, where they raised crops common to the area. Don always enjoyed working the land, raising cattle, and working with his hands.

Don was active in Future Farmers of America, and won the Utah State Farmer Award and the Carl Raymond Gray Scholarship for Box Elder County. Don joined the army right after graduation and served in World War II, performing reconnaissance duties in an armored car. Don also earned an Expert Rifle Metal and a Sharpshooters Medal.

Don married Joyce Hunsaker in the Logan LDS Temple on May 24, 1949. Together they spent most of their married life in Townsend, Montana, Eden, Idaho and most recently, Garland, Utah, and raised six children.

Don was a member of The Church of Jesus Christ of Latter-Day Saints. He held many callings throughout his life, including branch president and bishop, and served with his wife on a mission at the Washington DC Temple.