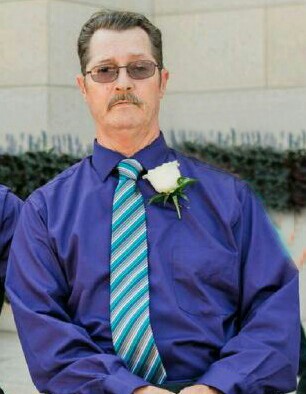 Don Rees Nielson, 62, passed away on August 5, 2016 at his home in Ogden, Utah.  Don was born on November 4, 1953 in Brigham City UT, the fourth child of Roger S. and Ara Conger Nielson and raised in Garland, Utah.  He graduated from Bear River High School, later moving to Ogden, Utah where he lived most of his adult life.

Don was a member of the Church of Jesus Christ of Latter-day Saints.

Don Served in the U.S. Army and Army reserves.  He was employed at Thiokol in Promontory until he suffered a disabling accident.

Don was previously married to Jane Westmoreland, Valerie Grover and Lori Graviet, but has been divorced for the past 20 years.

Don loved the opportunity to raise David; they were very close and David was always there for Don.  Don loved watching Westerns and playing wheelchair basketball with the Ogden Outlaws.  He loved his little dog "Smokey" and never forgot Smokey's companionship.

The family would like to express a special thanks to Nick Hess, a lifelong friend, who laughed with Don, traveled with Don and played wheelchair basketball with Don for many, many years.  Nick's late mother always had a dinner plate ready for Don at Holidays.  Nick's friendship was unconditional and he helped and checked on Don until Don's final day on earth.