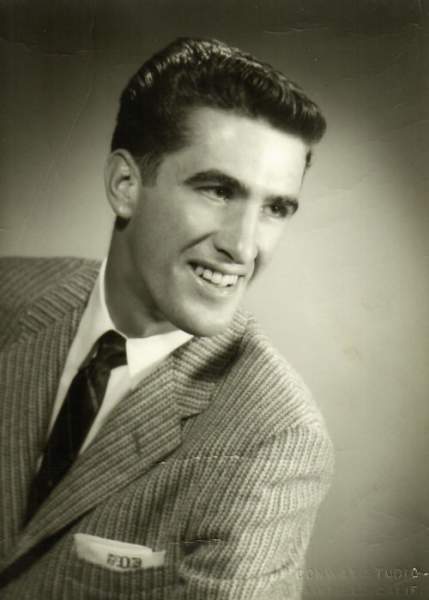 Our beloved husband, father, grandfather and brother, Donald Charles Rawlings, peacefully passed away at his home on Thursday, November 09, 2017, with his wife by his side.  We rejoice in his release from the terrible effects of the Parkinson’s Disease which plagued him the last years of his life.

Don was born April 5, 1935 in Ogden, Utah, to Albert Francis and Ruth Marie VanZweden Rawlings. He graduated from Davis High School and attended Utah State University and Weber College.  He was a Staff Sergeant in the United States Air Force and served from 1954 to 1958.

He married Norene Clark on December 12, 1957 in the Salt Lake LDS Temple.  They have been blessed with five children, twenty grandchildren, and ten great-grandchildren, all of whom bring them great joy. Don loved his family.  He was so fun to be with and enjoyed any opportunity that brought family together.

Don’s work in the field of sales resulted in several moves for he and his family, living in Utah, California, Arizona, Nevada and Colorado.  He was a faithful member of The Church of Jesus Christ of Latter-day Saints and served in various positions including Sunday School President, Stake Sports Director, Basketball Coach, High Priest Secretary as well as teaching positions.

Don loved sports.  He played baseball in high school, and was a talented fast-pitch softball pitcher.  He pitched for the Travis Air Force Base softball team.  He also loved basketball and once played in the All-church Basketball Tournament.  For many years he played church and competitive softball and basketball.  Other than his family, his two great loves were golf and the Tabernacle Choir.  He listened to the Spoken Word every Sunday.

He is preceded in death by his parents, a sister Carol (Will) Crites, and a great-niece, Saibrynn Makena Hamblin.

The family would like to express their sincere appreciation to the staff at Primrose Care Center who have efficiently and compassionately cared for Don for the past five years; a special thank you to Monty Melani and Ariell Thruston.  We also thank Matt Allen and other Ward members who have so generously spent time sitting with Don.

Interment will be at the Riverview Cemetery, 175 East 1200 South, Tremonton, Utah.