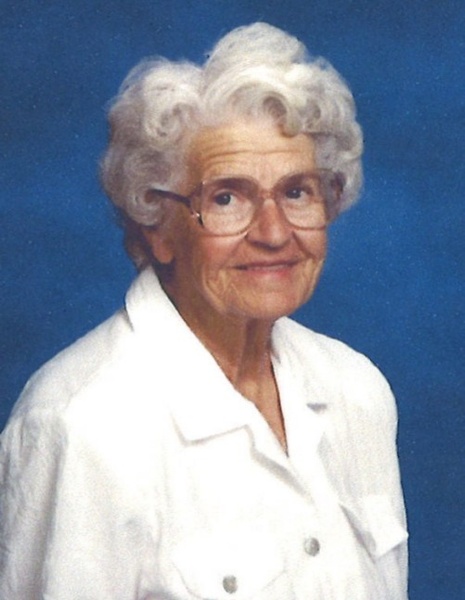 Dorothea “Dorothy” Bertha Ernestine Kersten was born May 9, 1922 in Boock, Kreis Randow, Pommerania (Germany). When she was two years old, her parents Max Paul Christian & Agatha Adelheid Anna Bethsold Kersten brought her to Duluth, Minnesota, where she grew up with her sister, Ruth Agnes Marie Kersten (Moody). She passed away in Big Water, Utah on January 29, 2021.

She graduated from Denfield High School in Duluth, Minnesota in 1940. She met LeGrand Elliott Morris who was a missionary where her father was Branch President in Duluth. Nothing was said between them until after LeGrand went home, and he wrote after six months (which was the rule then). Dorothy went by train to Salt Lake City where LeGrand met her at the station and took her to Park Valley to meet his family. They were soon married on October 30, 1942 in the Salt Lake Temple. LeGrand and Dorothy began to work together on the ranch in Park Valley, Utah. She lived there on the ranch until her health declined.

Dorothy was a lifelong member of The Church of Jesus Christ of Latter-day Saints. She did everything she could to follow the Savior. She served in many capacities in church such as: Relief Society President, teacher in the Young Women, and Relief Society Chorister. She was also involved in indexing and genealogy. She served a short mission along with her mother in Duluth, Minnesota.  She also served a mission along with LeGrand in the Orlando Florida Temple Mission from November 1998- October 1999.

She loved her family and devoted her time to them. She is beloved of all her children and grandchildren.

She lived a long and full life, welcoming people into her home including Indian placement students and others. They were Annie Julian Crenshaw, Irwin Charlie, Andrew Lewis, and Jeffery Taylor.

Some of Dorothy’s hobbies were being with her family, crocheting, embroidery, reading, and playing music (especially playing the violin and singing).

She worked in Duluth before marriage in theater concessions and Armour Meat Packing Company. Later in her life she was employed by the PLN Wheat Company in Snowville, Utah.