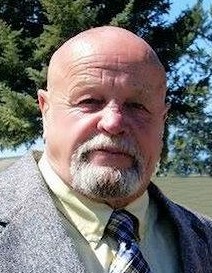 Douglas “Doug” Richardson, 70, passed away on January 7, 2016 in Penrose, Utah. He was born to Roy Oscar Richardson and Marguerite Butler on October 14, 1945 in Brigham City, Utah. He graduated from Bear River high school in 1963. Doug worked at Thiokol, Otto’s Body Shop, and at Parson’s. On May 31, 1997 he married his sweetheart Sharla Thatcher.

Doug enjoyed reading, golfing, fishing, and spending summers with his family in Malad, Idaho. He also had a great love of cooking and was known for preparing Saturday night meals for the family. His good nature and unique laughter will be missed by all that knew and loved him. Doug was also a member of the Church of Jesus Christ of Latter Day Saints.