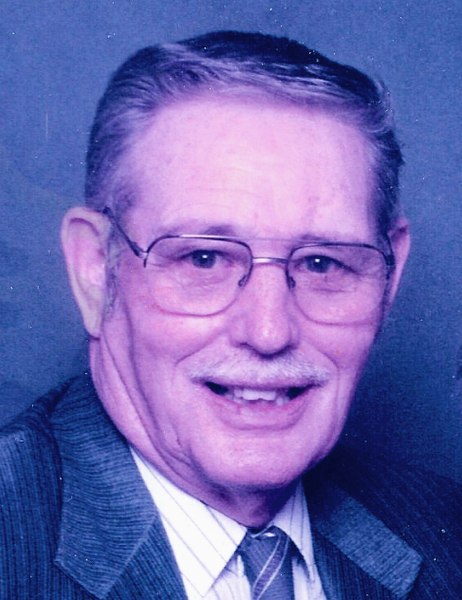 Drex was raised on the family farm by his grandparents, Fred and Hannah Kohlepp.

He attended Bear River High School and entered the Marines where he excelled and became a Corporal. He served in the Korean War. He loved to tell stories about his time in the service.

Drex married Ila Archibald January 28, 1956 in Plymouth, Utah. Their marriage was later solemnized in the Logan LDS Temple on June 3, 1960.

After they were married they moved to California until Drex was out of the service. Then they moved home to Utah where they continued to live.

Drex loved Ila and always took such good care of her. He was such an example to his family. He will always be remembered for the compassion he showed to her. Their love is an example to all.

Drex is a faithful member of The Church of Jesus Christ of Latter-day Saints and served in many callings.

Funeral services for Drex will be held on Monday, March 1, 2021 at Noon at the Rogers & Taylor Funeral Home (111 N. 100 E.- Tremonton). There will be a viewing held prior to the funeral service from 10:30-11:30 A.M. The funeral service will be livestreamed below. Interment will take place in the Plymouth Cemetery with military honors.

In lieu of flowers Drex would be honored if you made a donation to the general missionary fund for The Church of Jesus Christ of Latter-day Saints.