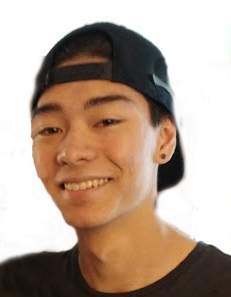 Dylan Michael Pearson, 17, passed away on May 24, 2018. He was born on June 14, 2000 in Logan, Utah, the son of Sarah Beth Pearson and raised by her with his Dad, Jeremiah C. Hess in Garland and Tremonton, Utah.  Currently attending Bear River High School, graduating class of 2018, as well as Bridgerland Applied Technology for auto mechanics. After graduation, he planned on joining the Marines with his good friend Skyler Kingston.

At a very young age, Dylan was able to astonish the adults around him. Whether it was his design capability in building an array of unique things out of Legos without having any plans, beating them in Guitar Hero, or just outwitting them with his basic point of view and outlook on life.

Dylan was a natural born leader. His siblings, Blake, Mikeal and Aleena found it hard to overcome his influential personality.  His excitement and passion in things that interested him was infectious. Although, he always showed a hard-shell exterior he was always soft hearted and loyal to the ones that were able to break through.

He was very close with his grandparents, Doug and Carol Pearson. He loved participating in mountain man rendezvous with them. After walking away victoriously with many awards from numerous competitions in multiple age groups he was given the name of “Deadeye.”

There was no question he was an avid car enthusiast. It was apparent in the modifications he had completed and planned to make on his Saturn. He was very proud of his discreetly started Instagram page, local_delinquents that featured proud, local car owners. So working at Grover Mobile Detailing for him didn’t even seem like a job in comparison to when he worked at Lineage during the summer of 2016.

He was preceded in death by his Great grandfather Louis Villalba; grandmother Edna Hess, and aunt Jamie Barnes.