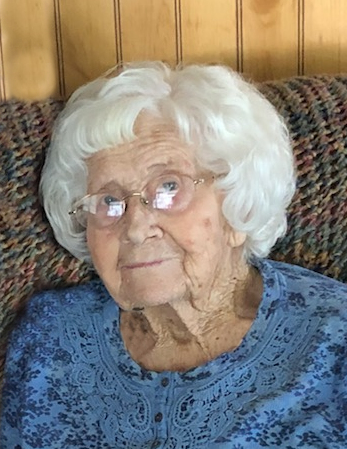 She married Ray Verdon (Zoop) Rhodes on April 1, 1948, in Brigham City, Utah. They lived on a farm in Tremonton and eventually in East Garland with their family. He passed away on November 25, 1991.

Delone attended Bear River High School. She had worked at Tremonton Sportswear, Hampton Ford Inn, Box Elder School District, and The Pie Dump. She was very talented and enjoyed sewing, many crafts, woodworking, and painting. She had a passion for horses and all farm animals, pets, and critters. She showed livestock through the 4-H program in her early years where she won many awards at various livestock shows.

Delone was a member of The Church of Jesus Christ of Latter-Day Saints and served as a visiting teacher. She was a volunteer at the Box Elder County Fair and a 4-H leader.

She was preceded in death by her husband and parents; three sisters- Bonnie, Nedra, and Nola; and son-in-law Don Tanner.

Special thanks to the staff at Our House Assisted Living, the many new friends and old ones she had there. Thanks to those who just stopped by to lift her spirits, and to Mr. & Mrs. Santa Claus!