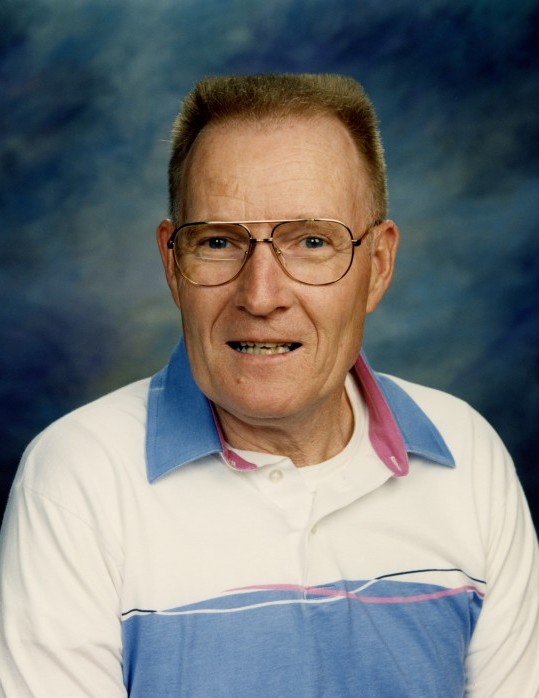 Ernest Marvin Olsen of Tremonton, Utah passed away on March 19, 2020 at the age of 87 at Maple Springs Assisted Living Center. He was with his son Eric and passed away peacefully, returning home to his dear wife Joyce.

Marvin is survived by his sons, Blaine Olsen, Lee Olsen, Eric and Tracee Olsen and Kevin Olsen; his brothers Hyrum Olsen, Steve Olsen and Jack Olsen, as well as many grandchildren and great-grandchildren. He was preceded in death by his wife Joyce Olsen (June 4, 2015), and his parents Ernest and Sadie Olsen.

Marvin was born January 1, 1933 to Ernest and Sadie Olsen in College Ward/Young Ward Cache County, Logan Utah. He graduated from Star Valley High School in Wyoming where he then left to serve a mission in the Canada Quebec Mission. Upon returning home, he met and married Charlotte Joyce Miller in the Logan Temple on May 4, 1956 and they began their lives together in Fort Sill, Oklahoma where he was drafted and served in the United States Army. After his service was complete, he and Joyce moved their young family to Grace, Idaho where they lived for a  few years as he felt the need to further his education and the decision was made to return to school at Utah State University where he completed his bachelors degree in Education while he and Joyce were raising 3 young sons. Marvin was fortunate to be offered employment as a teacher in Type/Business machines at Bear River Jr High where he taught many of the young people in Tremonton, Garland and surrounding areas for over 30 years where he never missed a day, sick or otherwise during his entire time teaching. Marvin and Joyce were life-long residents of Tremonton, Utah for over 55 years where they raised their sons and were very active members of the community.

Marvin was an active small business owner. He owned and operated OK Tax Service and provided tax preparation services all around Northern Utah. Marvin also provided accounting services and bookkeeping for many of the small businesses in the Bear River Valley. Marvin also had a custom cutting grain harvest business that he and his sons operated for over 30 years for small farmers all across the Cache Valley.  Heck, he even took a mail order electronics course so that he could build his own Color TV with remote control by soldering newly invented transistors onto boards for 6 months.

Marvin was a faithful member of The Church of Jesus Christ of Latter-day Saints where he served diligently for many years in many capacities, from missionary in Canada to Ward Clerk and Stake Clerk for over 18 years in many bishoprics and stake presidencies as well as High Priest Group Leader. He was a High Priest in the Tremonton Utah 9th Ward.

Marv loved spending time with his family both at work and at play. He loved going wood cutting, being in the mountains, photography, huckleberry picking, riding 4 wheelers, boating and waterskiing and maintained a lovely property in St. Charles, Idaho where many family gatherings took place over the years with 100’s of family and friends.

Graveside services and interment were held on Monday, March 23, 2020 at the Tremonton, Utah Cemetery.

A special Thank You to the dedicated and caring staff at Maple Springs Assisted Living Center in Brigham City, Utah who provided countless hours of compassionate care, service and love.  We also wish to thank the people from Encompass Hospice who helped Marvin in his final days.

You can visit Rudd Funeral Home at www.ruddfuneralhome.com/obituary/ErnestMarvin-Olse n to view a short memorial video of Marvin’s life.