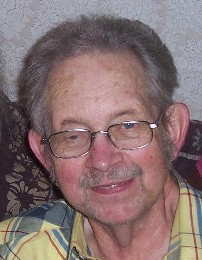 Forrest was born with a heart condition known as “Tetralogy of Fallot” or commonly known as “Blue Baby Syndrome.” He was home schooled and received his diploma from Bear River High School.

He was active in Fielding Municipal Government, serving as the Mayor, Councilman and the town Clerk.  He was also active in the Box Elder County Democratic Party, serving as Chairman, Vice Chairman and Treasurer.

He was a member of the “Church of Jesus Christ of Latter-day Saints.”

Forrest was preceded in death by his parents.  He is survived by his dear friends of Fielding, Vance and Brenda Bourne of Tremonton and his beloved cats.

He would like to thank CNS Hospice, Dr. Schow, Bear River Valley Care Center and all the staff at IHC in Murray.  A special thanks to Dr. Edward Clark, Director of Primary Children’s Hospital who became his “dear friend.”