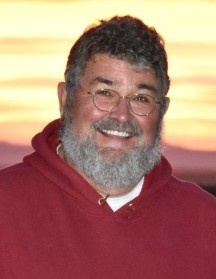 Frank Deakin, 71, passed away January 9, 2020 in Tremonton, UT, and became our guardian angel.

Frank was born on March 28, 1948 in Brigham City, Utah, to Bert and Evva Lee Deakin.  He grew up in Ogden, graduated from Ogden High School and attended Weber State College.  As a kid he had the opportunity of spending a lot of time with his grandparents in Grouse Creek and Blue Creek.  He loved being there, and it was a huge part of his life growing up. He was a member of the LDS church. He married JuLee (Robbins) on November 21, 1983 in Las Vegas, Nevada.  He most recently worked as a Strand Tender at Nucor Steel where he retired after 35 years.

He had many hobbies over the years including fishing, hunting, riding horses, off-roading on any dirt road on either ATV’s or in the General, camping, and spending time in his favorite place, Park Valley (Dove Creek).  He loved spending time with his family and was always trying to get us to go camping with him. He was a gentle giant, and we could always feel the love he had for us. He had the best one-liners and was always making us laugh.  He was the best husband, brother, dad and grandpa ever. He will be dearly missed by all.

He was preceded in death by his parents, Bert and Evva,  sister Evalene Soliz, and half-brother Bert Jr.

Interment will be at the Plymouth Cemetery.