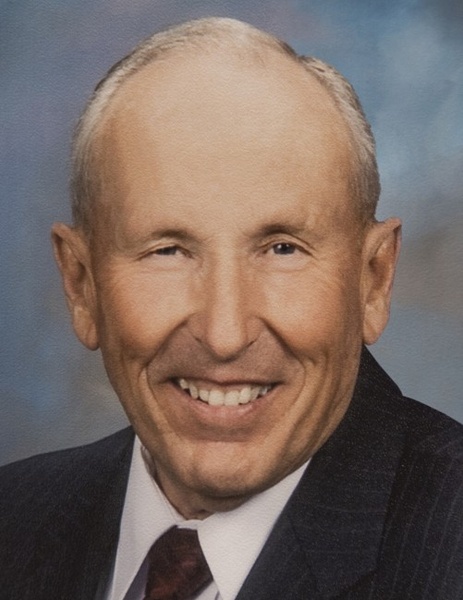 He was born in the spring of 1937 in Logan, UT to J. Mat and Ida Hiltbrand Christensen. He was raised in North Logan, UT. The family moved to Idaho in 1950. He graduated from Pocatello High School.  He attended Brigham Young University, where he met his wife, Mary Newton. They were soon married in the Salt Lake LDS Temple. They moved to Logan, where Fred attended Utah State University and completed a B.S. and M.S. in Agricultural Education. After graduation, he accepted a teaching position at Altamont High School. Three years later, he accepted a teaching position at Bear River High School (BRHS) and Junior High School. He taught school for 37 years and held many professional association leadership roles. He was the Future Farmers of America advisor at BRHS for more than three decades and mentored generations of farmers.

He was a member of the Church of Jesus Christ of Latter-day Saints and held many callings in his ward and stake, including a stake mission and two proselytizing missions with Mary to the Oklahoma Tulsa Mission and the Ohio Cleveland Mission. Fred and Mary also served for 15 years as ordinance workers in the Logan and Brigham City LDS temples.

In addition to his church service, he spent much of his life serving young men through the Boy Scouts of America (BSA), eventually being nominated for the BSA’s Silver Beaver award by his peers.

He is survived by his wife; his four children; a sister, Janice (Lee) Jensen; a brother, David (Linda) Christensen; 11 grandchildren; and 17 great-grandchildren.

He was preceded in death by his parents and siblings Alan Christensen, Karen Richards, and John Christensen.

He loved his faith and family, and enjoyed the outdoors, animals, camping, fishing, and hunting. He was a committed conservationist.