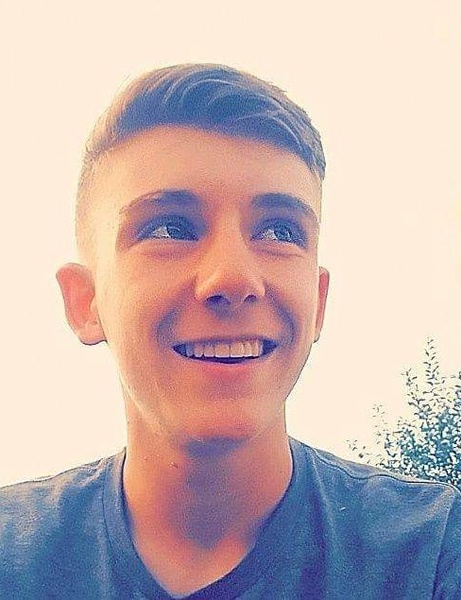 Gabriel Alexander Compton, 16, of Portage, passed away unexpectedly on Sunday, March 11, 2018. He was born April 12, 2001, in Provo, Ut, the son of Michael and Alicia (Gevas) Compton. Gabe lived in Provo, Utah, Healdsburg, California, and Clearfield, Utah, but grew up mostly in Portage.

Gabe loved his family and was often found in the middle of any activity.  He loved four-wheeling, including being pulled around behind them by his uncles.  He loved snorkeling with his Grandpa Gevas, playing games with his Grandma Gevas and spending time with Grandma Joan.  He loved the outdoors, especially camping and snowboarding. He attended Bear River High School, playing the tenor sax in the band.  Gabe had a gift for music, especially the piano.  He took great interest in cars and could often list their individual specs.  He was involved in scouting and church activities.  He had a tender spot for cousins and was often found tending them.

Gabe is survived by his parents, Mike and Alicia Compton of Portage, and his brothers and sister: Jacob, Adam, Michael, Marigold, James, John, and Elijah.  He also leaves his grandparents, Joan Compton of Rexburg, Idaho and Mike and Cindy Gevas of Portage, as well as 26 aunts and uncles, 41 cousins, and numerous friends.  Gabe was preceded in death by his Grandpa Mike Compton.