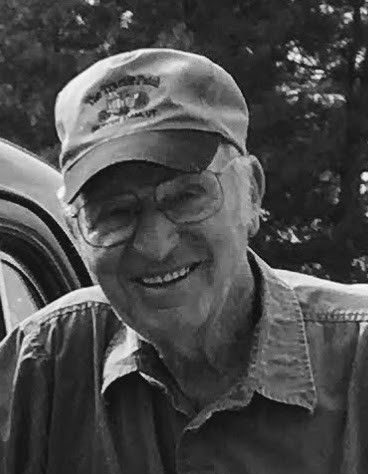 Garth was born in Wellsville, Utah on May 3, 1936 to Melba Poppleton Maughan and Wallace Hutchinson Baugh.   Melba and Wallace later divorced.  In 1944 Melba married Delbert Kidman of Beaver Dam, Utah.  They had a large blended family with Melba’s two boys and Delbert’s six children from his marriage to Elizabeth Boyle Andrew.  Melba and Delbert had one child together.  Garth loved his new family.

Garth married his high school sweetheart, Veda Selman, on August 12, 1955 in the Logan LDS Temple.  They had one daughter and two sons.   Shortly after they were married, Garth went to work for Utah Power and Light at the Idaho Falls pole yard.  Later they moved to Salt Lake City where Garth worked in hydroelectric power operations at Granite power plant in Big Cottonwood Canyon.  He later worked at the Logan Canyon, Blacksmith Fork, and Cutler Dam power plants.  He retired from PacifiCorp in 1986.

Garth and Veda were both licensed pilots and enjoyed flying out of the Logan and Brigham City airports.  Along with flying, Garth enjoyed farming, hunting, and fishing.  After his retirement, Garth caught the rusty iron fever and began collecting antique tractors.  Garth and Veda’s Tractor Patch consisted of over 100 tractors at various times.  He loved tinkering with the old tractors.  It was always a happy challenge for him to get them running.  Garth and Veda were regulars at local antique shows where they often exhibited their tractors.  They enjoyed being around fellow collectors and made many friends through this hobby.

Veda passed away on June 30, 2008 after Garth cared for her during a long battle with cancer.

Due to COVID-19 restrictions, a graveside service for immediate family will be held on Wednesday, November 18, 2020 at the Beaver Dam Cemetery.

The family would like to thank the staff at Cache Valley Assisted Living and Memory Care who cared for him during his final two years.