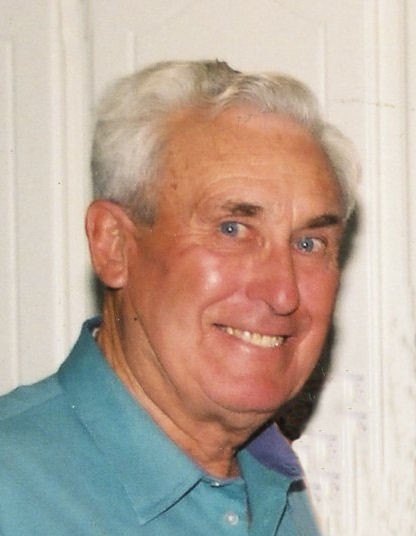 Gene Marion Penhorwood age 88, passed away at his home in Layton on April 11, 2017 with his family at his side.  He was born 23 October, 1928 in Independence, Kansas the son of George Marion Penhorwood and Bernice E Newkirk. He was the eldest of four children.

Gene grew up in Independence, Kansas where he loved having fun with his cousins and friends.  He attended Elementary and High School in Kansas where he enjoyed and excelled playing basketball and loved dancing and other sports.  Upon graduation from High School he and his family moved to Roy, Utah.  Gene began his working career as an Air Force civil servant at the Ogden Arsenal and later transferred to Hill Air Force base where he progressed from radio repair to radar modification and became a flight simulator authority. He traveled extensively, many times taking Leora with him on his assignments.

Gene married in 1953.  They had one daughter Linda Kay Penhorwood.  They later divorced.

He met Leora M. McCowan at the Coconut Grove Ballroom in Salt Lake City and spent many evenings there and at the Eagles Club, Berthana and White City Ballrooms in Ogden dancing and getting to know one another. Gene and Leora loved to dance and take pleasure in the music of their era.   They married in January, 1969 and together with Leora, they enjoyed the blessing of raising his daughter Linda.

Gene loved anything with wheels including motorcycles and especially FORD vehicles.  He loved his dad’s Ford pickup and spent weekends washing and detailing each of his ‘escape chariots’. Together they rode their “Gold Wing” throughout the West and Canada.

They purchased property and spent the majority of their retired years in Yuma, Arizona as snow birds.  The Yuma 6th Branch was a priority of their later life where they made lasting friends.

Gene enjoyed being center stage at family and social event touting stories of WW II battles, sports stats and memorabilia, or retelling his epic TDY journeys to Okinawa or fabled vacations to Europe and Hawaii and his high school basketball stardom.

Golf was Gene’s second passion. He was a left handed, below par golfer. He loved playing at Hill and Riverside courses usually 18 hole four times a week

He is preceded in death by his daughter, Linda K Wilson who passed away January 2014, his parents and two sisters Elaine and Donna Sue.

Services will be held Friday April 14 at the Lindquist Layton Mortuary, 1867 North Fairfield Road with viewing from 12:30 – 1:30 pm.  A short funeral service celebrating his life will begin at 2:00 pm.

In lieu of flowers, donations can be made to the Perpetual Education Fund.

Services under the direction of Rudd Funeral Home and Lindquist Mortuary.